For all the latest updates straight to your inbox
Home » Blog » book review » 2013 Book Review #2: “One for the Money” by Janet Evanovich
0 shares
2 books down!  Amazing start to one of my 2013 goals!
13 books in 2013…totally seeing that this is doable!
I saw this “poster” on facebook and it has really helped me put everything into perspective.  Reading is so good for your brain but also your emotional state.  It is my additional goal to read at least 15 minutes a day! 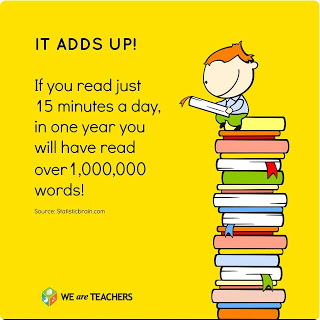 Follow me on Goodreads and start your own challenge!
My Goodreads tracker:

Censie has read 2 books toward a goal of 13 books.
hide
Book #2:  One for the Money by Janet Evanovich 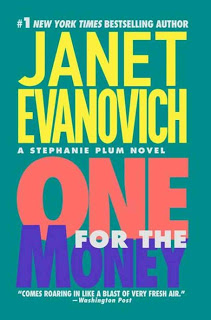 My Review:
I was told about this book and the other 18 in the series by some co-workers.  I am surprised at how many of my friends had read these books and I totally missed them.
Stephanie Plum is the main character in this book and the rest of the “Stephanie Plum Series”. A good description of Stephanie is: former lingerie buyer turned bounty hunter!  Stephanie just got laid off from her “klassy” job selling underwear at the local mall.  She has been living the good life after a divorce but now she cannot afford to feed herself, let alone keep that hot car she loves so much.
After a while she heads to her parents’ house…there she is told about her cousin’s Bail Bonds Agency needed a file clerk.  She walks in fully expecting to start filing paperwork…instead she is handed FTA (failure to appear) files.  She sees it as easy money.  Her first FTA is the neighborhood bad boy, Joseph Morelli. Morelli, is wanted for the murder of an unarmed man, is a vice cop on the Trenton Police force. Stephanie was a conquest for Morelli when he took her virginity at age 16, now it is her turn to play with Morelli.
This book had me laughing at the Jersey slang and sexual tension Plum and Morelli continually have.  Who would have thought following a bounty hunter would be so funny?
I especially love that this chic decides that stealing Morelli’s car would be the best way to capture him…love that!!
This book is filled with fun characters that I hope follow along with the other novels.  Janet really paints the whole picture for me.  I can easily sit down for a couple minutes and get sucked into her writing.
My Recommendations:
This novel is full of sex, mystery and violence but also funny as hell!  I would mark this as a mature audience only!!  Not really Chic Lit…more of a light mystery.
My Rating:
I give this book 4.5 out of 5 Cupcakes
I cannot wait for the next one!!

What I am Reading now:
The Happiest Toddler On the Block by Harvey Karp
﻿