Unless you have been living under a rock you know about the upcoming movie release of a masterpiece called A Wrinkle In Time.  Yes, I called it a masterpiece.  It is that good!!  But before we get into my review of the movie I want to go back into time.  Back to middle school when the books A Wrinkle of Time was part of some required reading.  I remember reading this book and thinking about how incredible it would be to travel in the wrinkle.  Now, it has been a long time since I have read the book and after seeing the movie I would recommend everyone reading the book again before hitting the theater.  That being said, I fully believe our society really needed A Wrinkle In Time.  This movie has brought so many teachable moments for parents to the table and I cannot wait to see how this movie helps us remove some of the darkness we are all feeling. 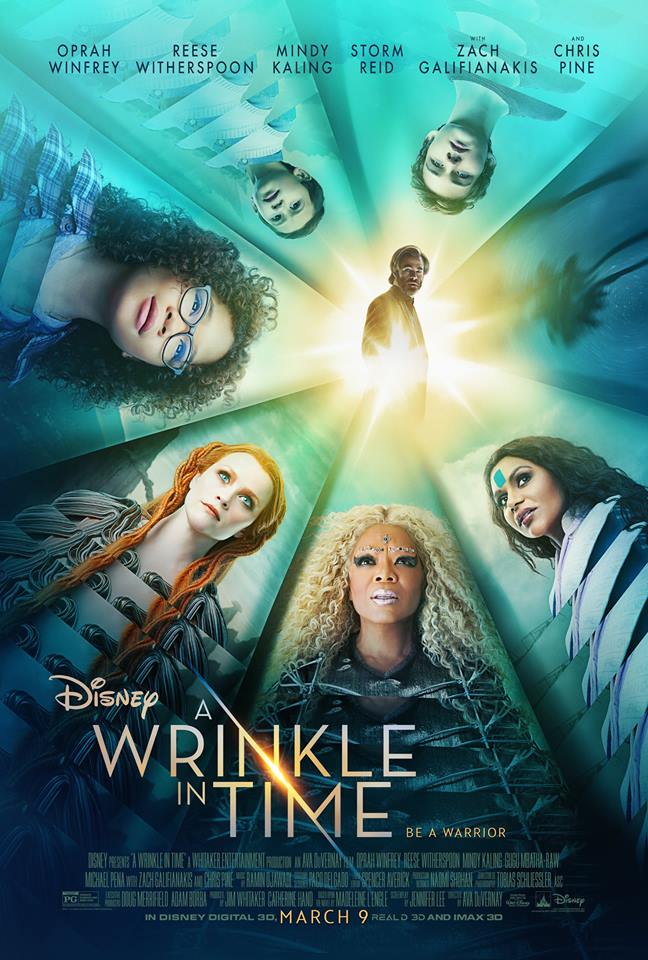 Disney A Wrinkle In Time

From visionary director Ava DuVernay comes Disney’s “A Wrinkle in Time,” an epic adventure based on Madeleine L’Engle’s timeless classic which takes audiences across dimensions of time and space, examining the nature of darkness versus light and, ultimately, the triumph of love. Through one girl’s transformative journey led by three celestial guides, we discover that strength comes from embracing one’s individuality and that the best way to triumph over fear is to travel by one’s own light. 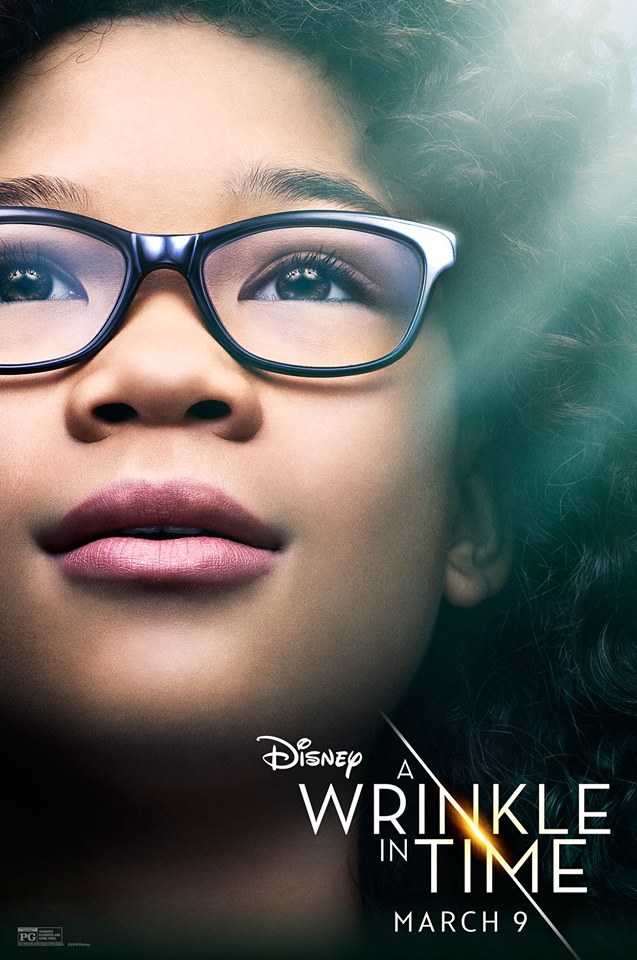 Why We Needed A WRINKLE IN TIME

I am not one to get political on my website but no matter your political thoughts or beliefs this movie was so needed in our society currently.  I feel like our world is in such turmoil and so much hate and darkness is moving in.  Disney created this film at a perfect turning point in my opinion.  The message that is found in this well loved story was portrayed fantastically in this film.

During a moment in the movie I felt tears run down my face, mostly because what the kids were trying to “fight” in this movie I can feel every day in our society.  I am hopeful that with the amount of people who are heading to the theater in the coming weeks for this film will see the message that Disney so beautifully put on the big screen for us.   Plus A Wrinkle in Time gives a message to any child that has ever felt unloved or unworthy that they absolutely have the power and strength to push through and be themselves.

In addition to the very important message this film brought light, color and beauty to the screen.  Another thing that our society needs right now.  The costumes and make-up are simply breathtaking…well with Oprah, Reese, Mindy and Storm on the screen I shouldn’t be surprised.  Speaking of the cast; it is important to note that A Wrinkle In Time marks the first time that a woman of color has directed a film with a nine-digit budget.  Guys!  This is another turning point! Also, with such an inclusive cast it was great to see women and girls being in the world of science!  Hello STEM!!  Love this piece.  We are women hear us NOW!

If I had one word to describe the feeling I had during this movie it would be – Empowered!! 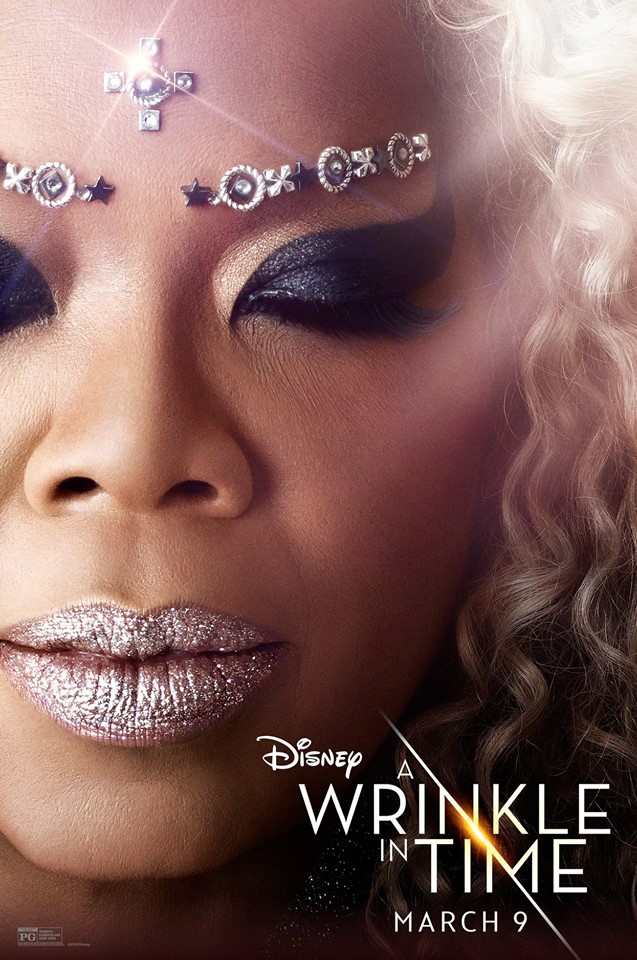 Who Should See A Wrinkle In Time?

While A Wrinkle in Time is a children’s movie I want to note that we did not take Jude or Teagan to the screening.  Before the screening the Director Ava DuVernay introduced the film and made it clear that it was created for children but she wanted adults to see this as a chance to let the child inside enjoy a perfect story.  Now, after reading more about the film we decided to screen it before letting the kids see it.  For Teagan, she is 5, I worried she wouldn’t quite grasp the message or story line and for Jude, he is 7, he is so sensitive and I worried he would be scared during some of the darker scenes.

I am so happy with our decision to keep them at home.  I believe this film is perfect for kids ages 10 and up!  Obviously, if you child isn’t so sensitive you probably could take them to see it but I do wonder if you would be explaining a lot of the movie to them.  I absolutely LOVED this movie.  It covered so many important topics in life that affect me as an adult including love, loss, death, and bullying.  So many teachable moments and I hope that parents use this movie for these deep topics. 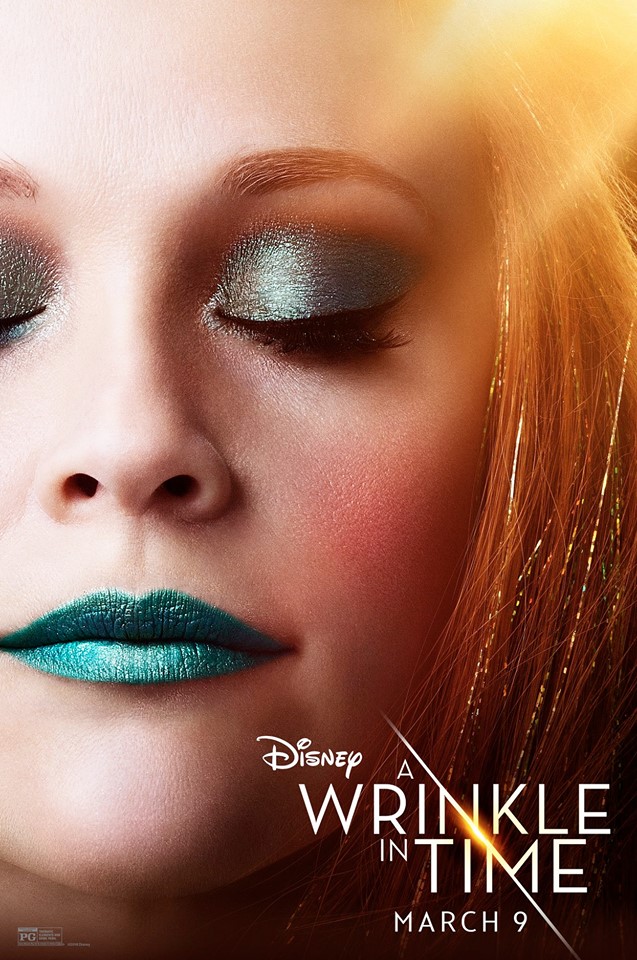 Stay Social With A Wrinkle In Time: 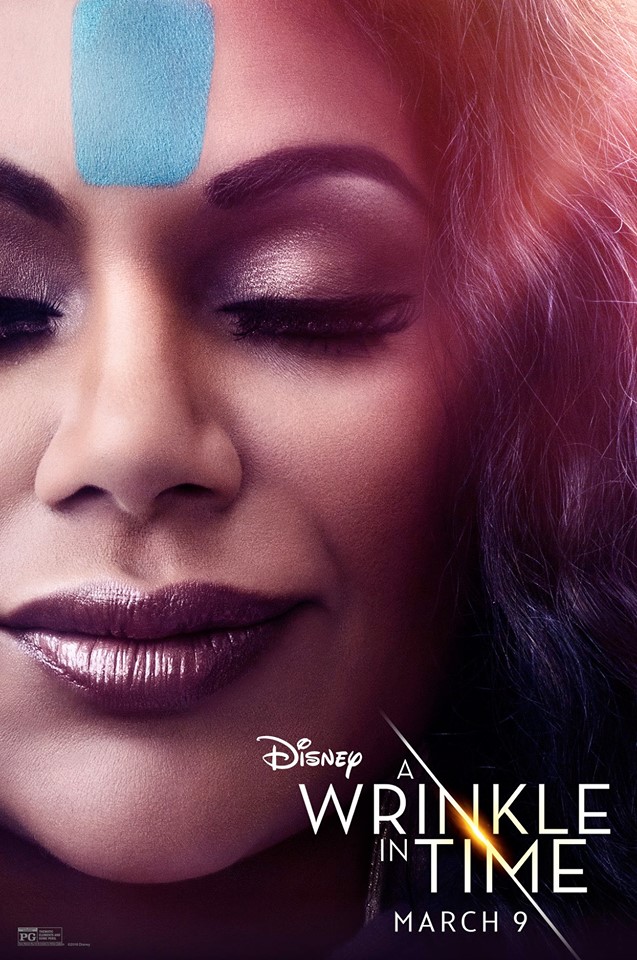 “A Wrinkle in Time” opens nationwide on March 9, 2018, make your theater plans now!!  This one is a must see in the theater!!

Do you  have plans of seeing A Wrinkle in Time when it comes out this weekend?

Disclosure:  My family and I were provided with free screening passes in exchange for this post.  All opinions are my own.