For all the latest updates straight to your inbox
Home » Blog » Uncategorized » Something HAS to change.
0 shares
SOMETHING HAS TO CHANGE…and I am striving for a change for my beautiful babies.  I cannot imagine losing them to some careless act that could have been avoided. 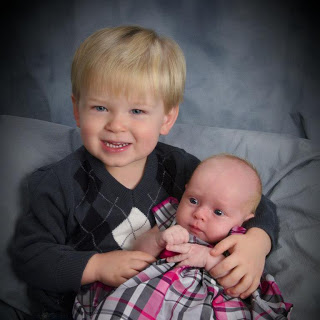 On December 14, 2012, a gunman entered the Sandy Hook Elementary School in Connecticut and opened fire, killing 26 people, 20 of whom were children. Completely innocent unarmed victims.
Columbine. Red Lake Minnesota. Essex Vermont. Lancaster. Aurora. Virginia Tech. To name a few. How many more innocents must die at the hands of an antiquated and oft-misinterpreted amendment? Enough.
It’s time to stop the violence.

Gun Control doesn’t have to mean no guns. I’m not suggesting we take guns away. I’m suggesting we put tighter controls on acquiring and owning them. Gun show loopholes must be stopped. Ammunition should not be sold online. Mandatory wait periods should be enforced during which time a thorough background check, psychological and medical evaluation and character references should be completed. More accountability should be placed in the hands of retailers. When patrons refuse wait periods, authorities should be notified. Training and te sting should be mandatory, as should a renewal process that includes many of the above-mentioned evaluation terms.

Gun owners and non-gun owners need to come together and agree on regulations that protect the right to own a firearm for sane, responsible adults and keep them out of the hands of the mentally unstable.
I, for one, would most definitely be willing to submit myself to these terms when it’s easier for me to go to a gun show and pick up a firearm than it is for me to go to the local pharmacy and buy cold medication. Acquiring and owning a gun should be at least as controlled as getting a learner’s permit, license and privilege to drive a car.
Gun control alone is not the whole of the solution, but it’s a start. And if it keeps guns out of the hands of even one mentally unstable person and saves one sweet life, it’s worth it.
That’s why I signed a petition to The United States House of Representatives, The United States Senate, and President Barack Obama, which says:
“Our second amendment rights are long overdue a reevaluation. How many more senseless and entirely PREVENTABLE shootings have to occur before we do something about Gun Control.
As a citizen and constituent of this great country, I am asking that you take a firm stand and make a positive change by restricting access to guns and saving lives.
I don’t have a gun. I don’t want a gun. I don’t need a gun. But somehow the guns always wind up in the hands of people crazy enough to use them irresponsibly and dangerously. This HAS TO BE STOPPED.
Will you sign the petition too?
Click here to add your name!