For all the latest updates straight to your inbox
Home » Blog » family » How To Be Healthy In An Unhealthy Family
0 shares
From the seemingly endless expansion of processed foods to
super-size mania, to our often fat, salt and sugar-based eating culture,
Americans are in the midst of a full-on nutritional crisis. Today, more
Americans are now more obese than ever, and an already large and alarmingly increasing sector of ourobese are children. For whatever nexus of reasons, each generation
seems to be adopting lifestyle habits worse than those of the preceding
one.  It would seem that the best way of
collectively reforming our eating habits is at the level of the family.  But how do we go about making the needed
changes? 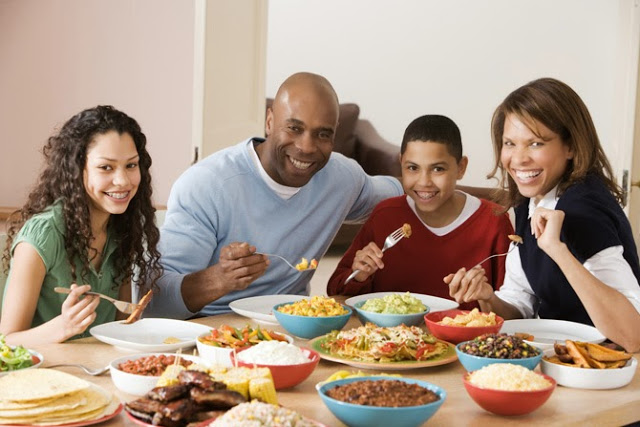 A healthful way of eating is anchored in the way we eat as much
as in the foods we consume.  In fact,
before you are able to set intimidating alien dishes on the table, you may need
to work with your family’s attitude towards making healthier choices. We humans
can be deeply attached to the foods we eat–
they can be sources of comfort
and even identity—sometimes to the point of unhealthy dependence.  Depending on the resistance level of your
family, you may need to take it slow.
Eat
planned meals together.  A family’s
eating habits can be reshaped by group reinforcement:  think of it as a kinder, gentler sort of peer pressure. The worst way to encourage
change is to make family members feel that they’re being policed, so by sharing
in a regular ritual rather than watching over their shoulders, you can
influence through positive example and observations. The act of making dinner an intentional event
not only makes it easier to plot out balanced meals– it usually slows down the
pace of eating to make room for conversation, and puts the brakes on
overeating.
Be honest
without passing judgment.  Again, no
one likes to be told what to do, even when they know it’s good for them.
Instead of taking the path of nutritional militancy, simply confront family
members with the cold facts of their eating patterns in a rational, casual way.
If you know your spouse is not happy with their current size, give friendly
reminders of the simple cause and effect he or she is choosing to ignore when
they go for the third helping or order chili cheese fries, instead of a salad.  If you know you’re hitting a touchy subject,
you might want to voice these observations in private.  A
little joking can actually make the medicine go down, but family-wide shaming
can backfire.
Be
prepared to make deals.  Positive
reinforcement and exemplary eating habits can sometimes only go so far, so if
your family is truly beholden to junk food, some kind of intervention may be in order. However, by framing the
new rules as a negotiation, family members won’t feel like they’re being
punished or bossed around.  As every good
negotiator knows, always begin bargaining for more than you intend to get. For
instance, if you want your family to eat a veggie-based meal at least two
nights per week, start out asking for four. You meet your goal; they feel
they’ve talked you down:  everyone wins. 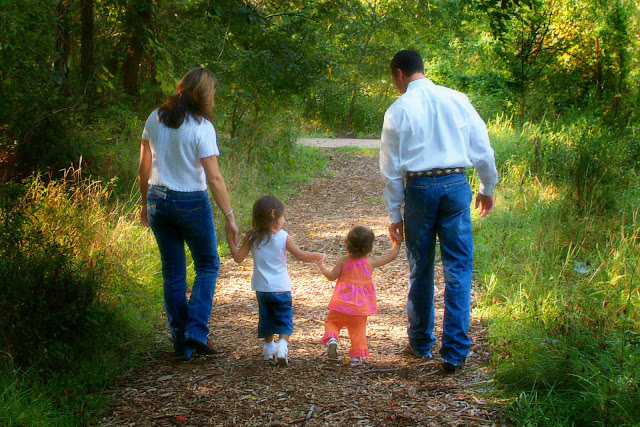 In any event, make the
changes gradual.  Tiny replacements
and introductions over time will be received better than a sudden head-to-toe
game change.  Furthermore, do your homework to make sure the choices
you want to enforce are in fact informed ones.  For example, many would-be reformers eager to
wean their families off too much processed red meat purchase vegetarian imitations that are ironically even worse thantheir carnivorous counterparts.
Above all, see eating habits as one part of a greater equation that
includes exercise, sleep, and stress levels—and do your best to maximize all of
by sharing as much of your lives as possible.
Virginia Cunningham
is a freelance health writer in Southern California, and often writes for NorthWest.
She knows how important it is to eat healthy, and tries to encourage her family
to do so as much as possible. She enjoys getting her children excited about
healthy food by allowing them to help in the kitchen.
Thank you Virginia for sharing this article full of tips for healthy families.

Disclosure: This is a guest post, not written by me, and I received compensation to post it.