For all the latest updates straight to your inbox
Home » Blog » Uncategorized » NickMom: Our Family Photo FAIL #MotherFunny
18 shares

I have decided that thanks to NickMom.com I can come to the conclusion that I am NOT that NickMom!

NickMom has this cartoon – it shows what happens seconds before the family photo is taken.
Look familiar? 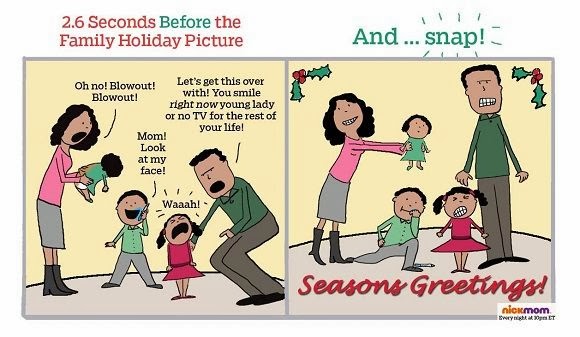 Oh goodness…I want to laugh at this but then I would be laughing at myself.
We have all seen those creepy family photo fails via emails right?  You know the ones I am talking about…creepers in amazingly tight clothing, parents naked, kids with awesome hair cuts, cuddling with cats, add in some guns – BOOM family photo fail!! While our fail isn’t as funny as THOSE pictures let me just outline what I had in mind for our extended family pictures.  First I would like to blame Pinterest for giving me the picture perfect idea…THAT WASN”T POSSIBLE!!!
I wanted a picture with my parents, my brother and his family and our family.  That equals six adults, one 6 year old, three babies, and one toddler.  All of the pinterest photos said that we would end up with picture worth putting on a canvas!!  So we were set.  We picked our colors, date and time and we went for it!
Ready for this…. 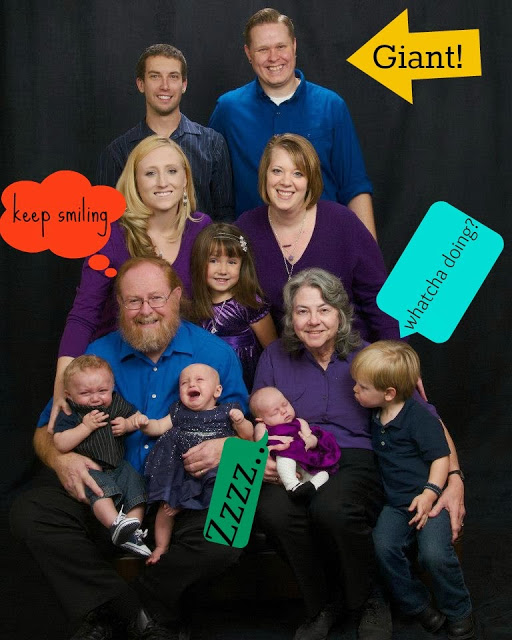 So let me recap this image for you.
~My dad (grandpa) is probably the only person in this photo who just doesn’t do the screaming baby thing well!  HA!  Well I guess Carter and Annabelle didn’t get that memo.

~Not going to lie, when Teagan didn’t wake up during this chaos I wondered if we needed to get her hearing tested.

~Jude gets distracted easily…can you tell?  I love that he isn’t even facing the camera…at all!

~Jeremy looks like a giant in this picture…he hates that.

~Personally I think I look calm and collected…so not what I was feeling.  I was sweating like crazy!

You are probably wondering if we bought a print…no we didn’t but we did buy this one. 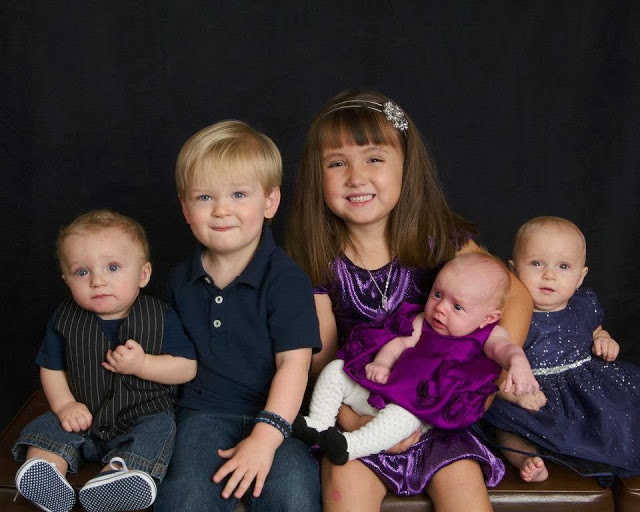 Teagan woke up…its a cute picture but still not what Pinterest said would happen!  Freaking Pinterest!!
Oh and let me share one last Picture Fail with you!  This one was supposed to be Teagan’s FIRST Christmas Milestone picture…CAPTION CONTEST!  Go now! 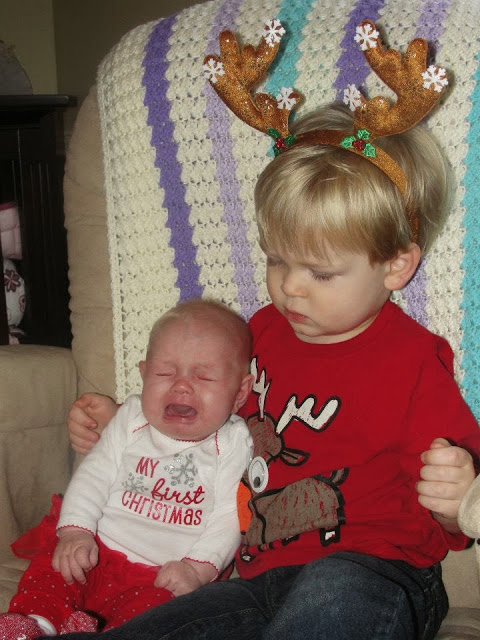 Oh man…these two.
So if you ever need to feel like a better parent just visit NickMom – you will see that yes everything is fine.  Maybe that picture idea was a stupid idea…not my fault though!  Kids are crazy…again not my fault.