I am joining the Goodreads Reading Challenge again this year.   One of my goals for 2014 is to read at least 14 books.  14 in 2014…get it?  I am setting a pretty big goal for myself – that is more than one book a month, but I am excited to start!

Are you joining?  If so make sure you follow my process on Goodreads too!

For the 2013 Reading Challenge I set a goal of 13 books.  I didn’t make my goal but I did read 10 books, which I am still very proud of.  I wrote book reviews on each of them too.  Make sure you check them out so you can decide if you want to add one of these books to your reading list for 2014. 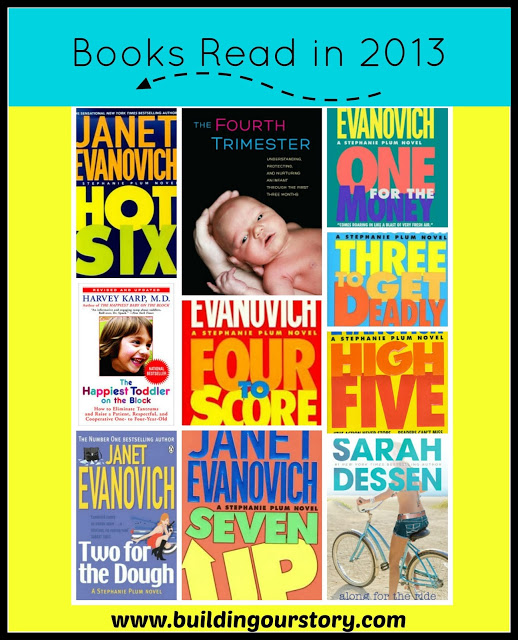 I have a couple of books in mind for 2014 but need some suggestions too.  So please leave what your favorite book was in 2013 or what you are most excited to read in 2014 in the comments below!

I will do book reviews and ratings on all of my books read in 2014 too so make sure you check back soon!