It is no surprise that March 18th has been a date on the calendar that was almost as important to Jude as his birthday.  Why in the world would a 3 year old be so excited for such a random date you ask?  Let me show you what our car rides have consisted of since a certain Disney movie was seen by Jude in December.
Yes, the FROZEN soundtrack has been on repeat for months in our car and both Jude and Teagan know the songs by heart.  The countdown of having Olaf, Elsa and Anna in our living room was taunting Jude.  The DVD release of FROZEN was something that I have never experienced before.  The built up excitement from kids and adults alike.  This movie is fantastic, I knew that this movie was going to be a hit the moment the credits started when we saw it in the theater.
On March 18th, this good little mommy dropped Jude off at school and headed to Walmart down the street. It was early but I was so worried that the movie would have already been sold out.  As Olaf says, “NOPE”! Sure enough Walmart was stocked full of this Golden DVD.  For only $14.96 I walked out of that store knowing I would have one very excited bunch of kiddos that evening…and honestly, I had a hard time going to work, I sort of wanted to take a FROZEN day at home. 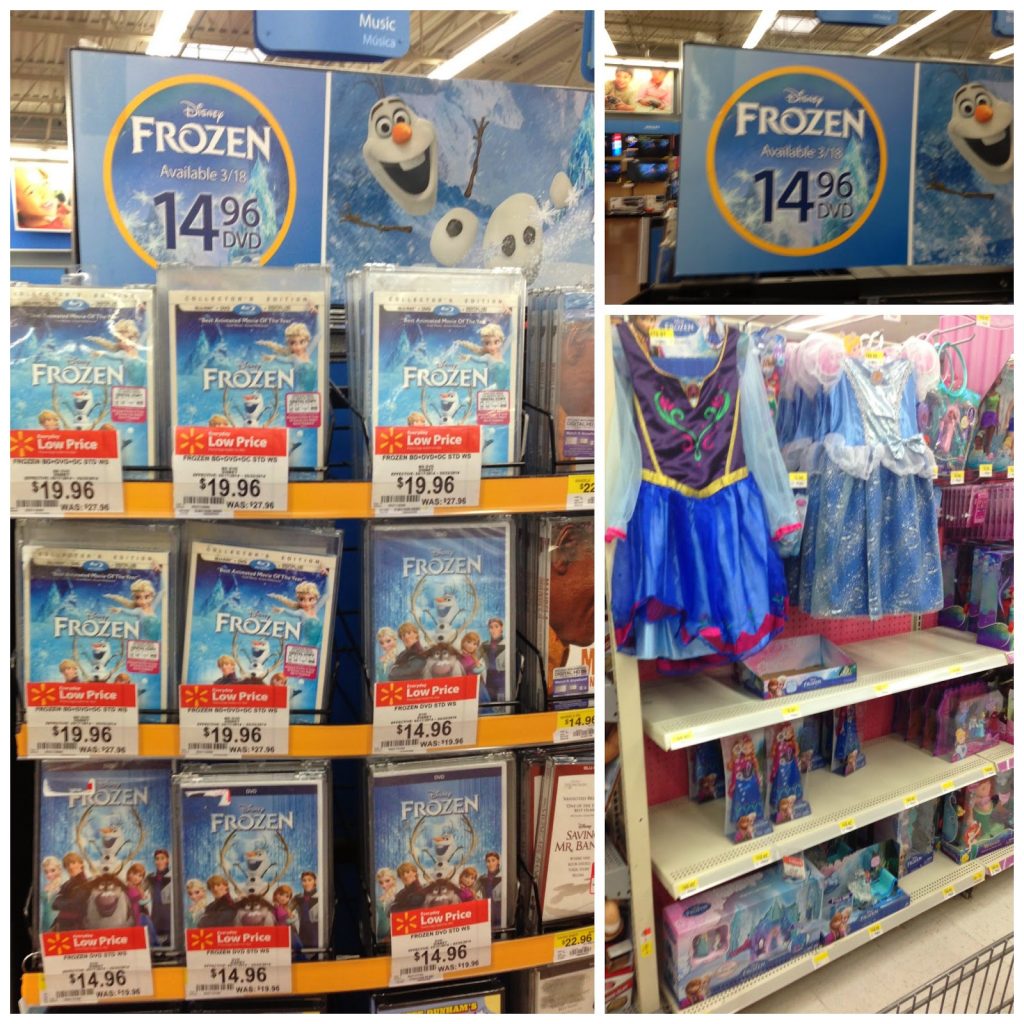 FROZEN
is not just a great movie but a movie with fantastic values and morals.  Our society is full of children and teens
that feel like they cannot be themselves, so much so that some of these
precious ones take their own life or try hurting themselves.
Heartbreaking.  I believe that FROZEN has really given all of us
parents who watch this movie with our children a chance to bring up how
important it is to be comfortable with yourself and excepting of others.
The
character Elsa was told throughout her childhood to keep her secret in;
“Conceal, don’t feel, don’t let them know”.
Once her secret wasn’t a secret any longer she became a new person, she
was a beautiful, happy, and true to herself young lady.  The transformation that we see of Elsa is
beautiful.  Finally, she is able to be
herself.
Conceal,
don’t feel – it might be a mantra that is running through a child’s head when
they think about who they really are.
Are they afraid of being bullied, made fun of or laughed at?  Let Elsa show your child how being your true
self will allow them to be a better and happier person but do not forget
Anna.  Anna was accepting of her sisters’
power.  She accepted her for who she was
when no one else did.  She showed Elsa
what true love is really about.
It is no
surprise, I am a huge fan of FROZEN for many reasons but the values that this
move incorporates into our home is the top reason for my love of FROZEN.  Disney hit this one on the mark. 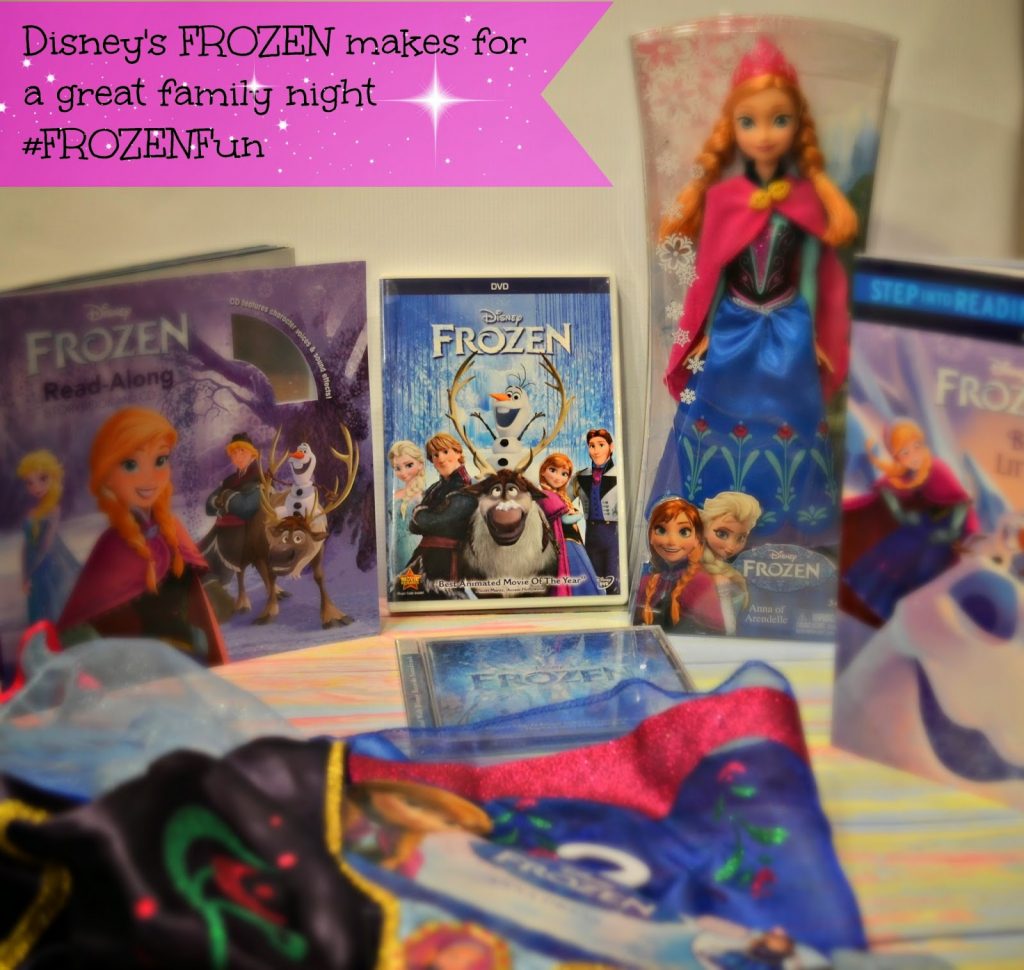 Once I
made it through the work day and Jude made it through school we had our
#FROZENFun movie night.  We made it a
special night and invited my parents to watch with us.  Jude has been talking non-stop about this
movie for months so I knew my parents would like to see the magic.  We even let the kiddos watch the movie during
dinner!  Now THAT is a treat for
them. 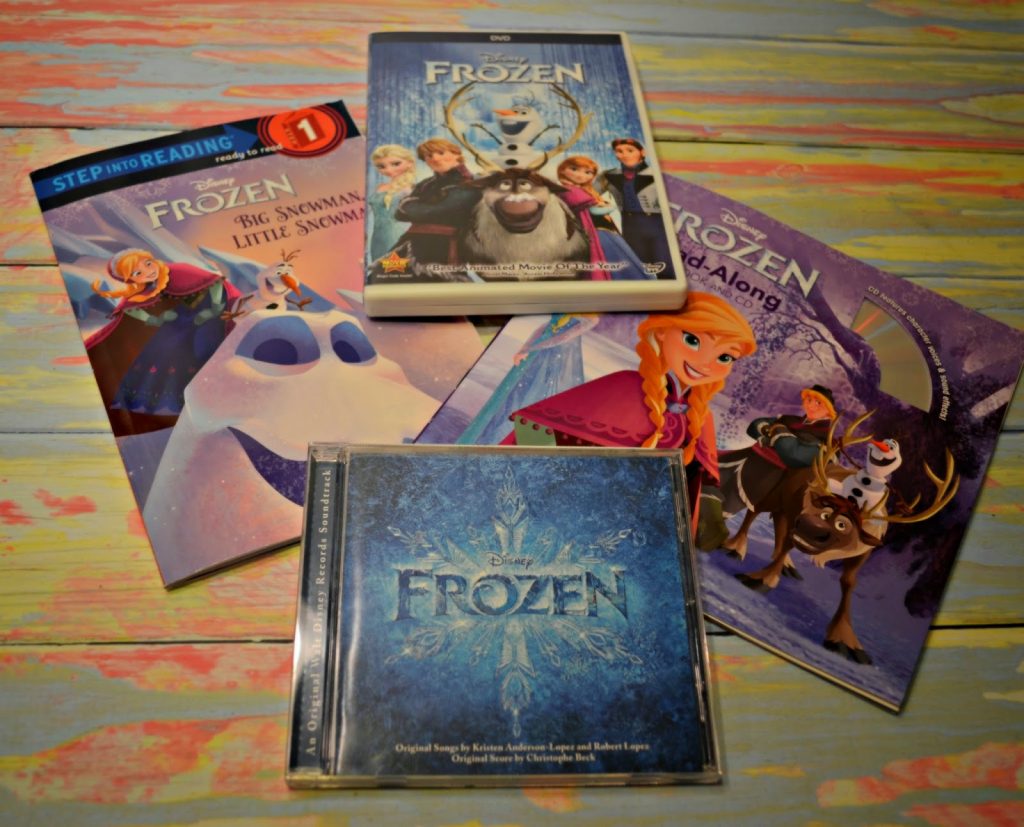 It was a
great evening that was complete with the addition of some great FROZEN products
I happened to pick up when I went to get the DVD at Walmart.  I was so excited to find some books when I
bought the DVD.  Both Teagan and Jude are
pretty much obsessed with reading so I KNEW there would be some big hugs when I
walked into the house with these books.
I also found the soundtrack on sale and picked one up for an upcoming
birthday gift for a friend.  Goodness
knows we love that soundtrack in our home and cars! 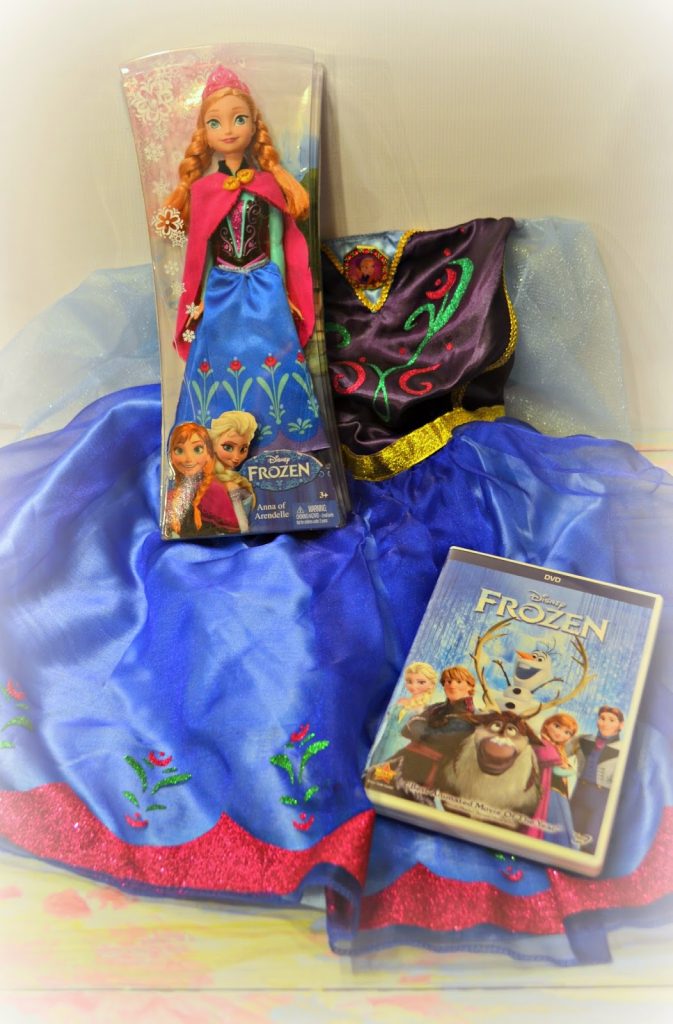 That night, Teagan was introduced to her first
Disney dress-up dress.  It is too big on
her right now but I know she will love dressing up as Anna in a year or
so.  That dress is so cute and to go
along with her dress we found a fun Anna Sparkle doll.  She has been carrying Anna around with her
and saying “pretteee”!  How cute.  I never thought I would be into the princess
stuff but now that we are coming to the age that Teagan is enjoying it…I am
too.  BRING IT ON DISNEY!
To make sure that everyone gets their hands on this great release make sure you check out the coupon that can be found on specially marked packages of Eggo Waffles (24 count) for a $5 off offer for the FROZEN DVD at Walmart! Waffles and a movie! Done! 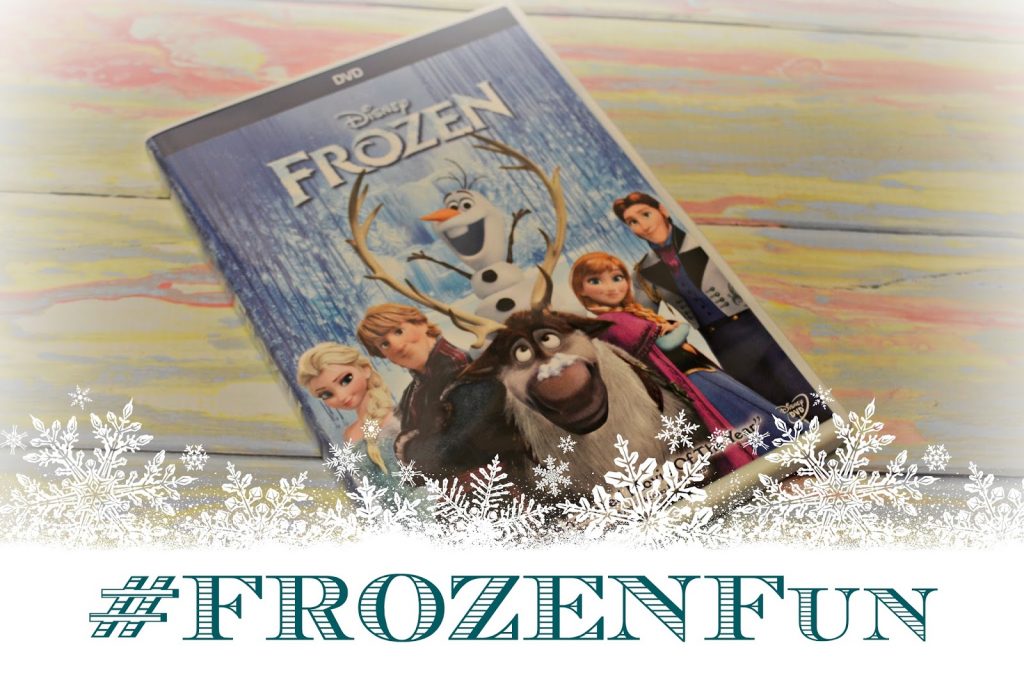 Who is your child’s favorite character? I think Olaf is my favorite but it seems that
Elsa is Jude’s favorite.  When we were
watching FROZEN he said that Elsa is pretty.
And soooo it starts.
Be honest…How many times has FROZEN been
watched in your home since Tuesday?

This shop has been compensated as part of a social shopper amplification for #CollectiveBias and its advertiser.