For all the latest updates straight to your inbox
Home » Blog » Uncategorized » Halloween Costume Ideas for Siblings
0 shares
Halloween is right around the corner which means costumes have been the talk of both of our kids lately.  Last year we had matching costumes for Jude and Teagan.  We did Jessie and Buzz.  It was so cute.  This year both of my very opinionated kids have decided that they will pick their costume and guess what, they aren’t matching.  HA!  Oh well.  Here is what they have decided on.
Jude has never seen Star Wars but he is set on being a Storm Trooper, while we tried to convince him of other ideas he is set!!  Teagan found her costume when we went to the Disney Store the other day.  She wants to be “Annabelle” – that is her way of saying Tinkerbell.  Mostly, I think she wants the shoes that matches the Tinkerbell costume.  But I love this idea, she will look adorable!!

While we were trying to come up with some ideas for Jude and Teagan I started thinking about how fun it would be to have sibling costumes every year.  Now this would require me to pick my kid’s costumes so I know these are not always going to work but here are some great ideas for the future for sure!!
I really wanted to think outside the box too.  Tell me what you think of these fun ideas! 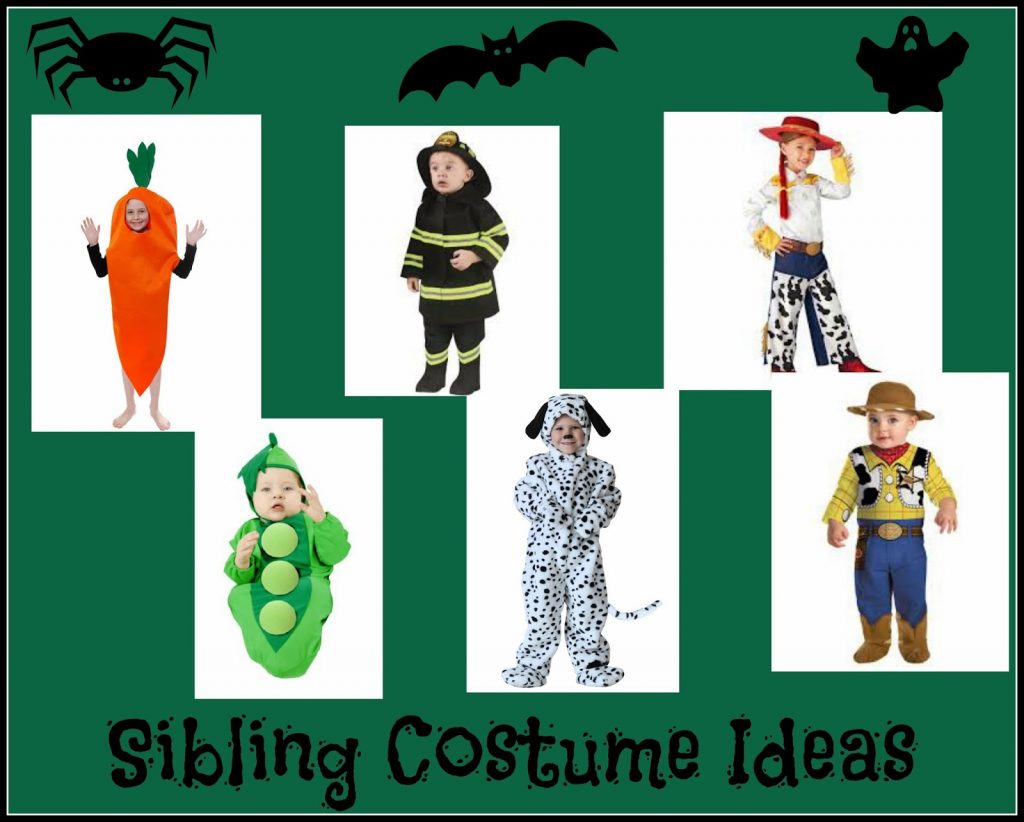 We did a similar one last year.  Jude wanted to be Buzz Lightyear and told us that Teagan should be Jessie.  It turned out perfect!  I am digging the Peas and Carrots too!!  So cute! 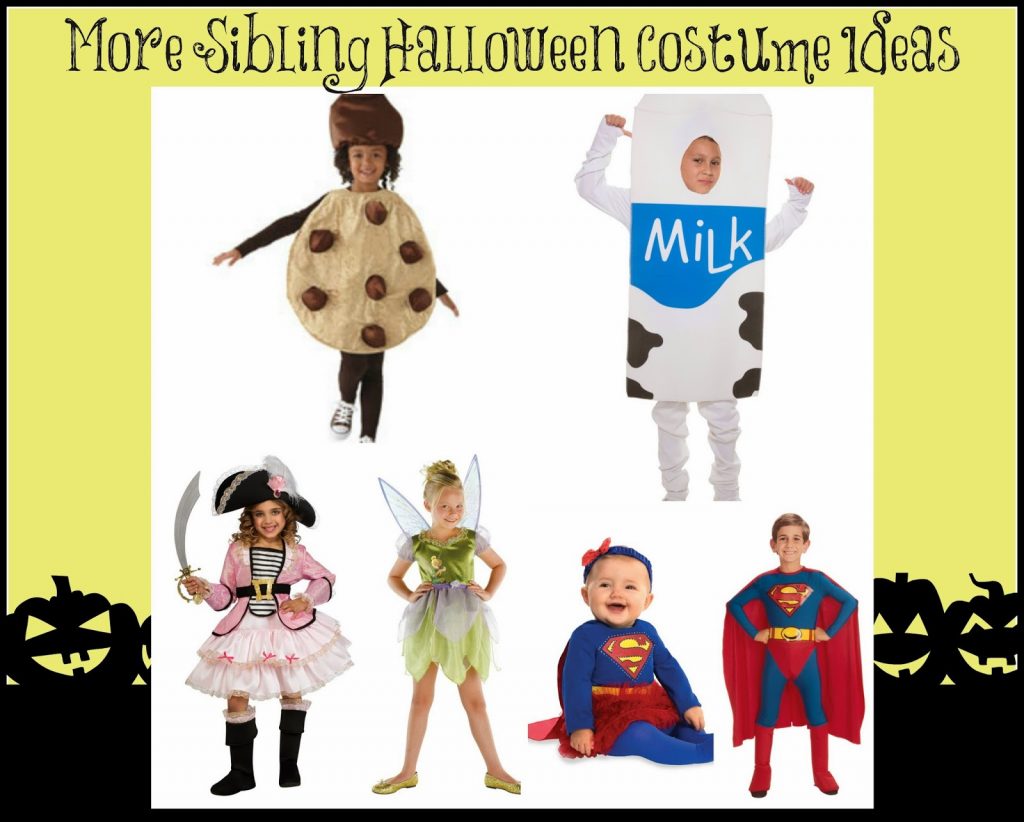 Some of these are pretty easy to create too.  Not to mention adorable!  Milk and Cookies??  Yes please!
So what are your little ones planning to be this year?  Have you every done a sibling costume theme for Halloween?