Disclosure:  We were VIP guests of this event in return for my review. 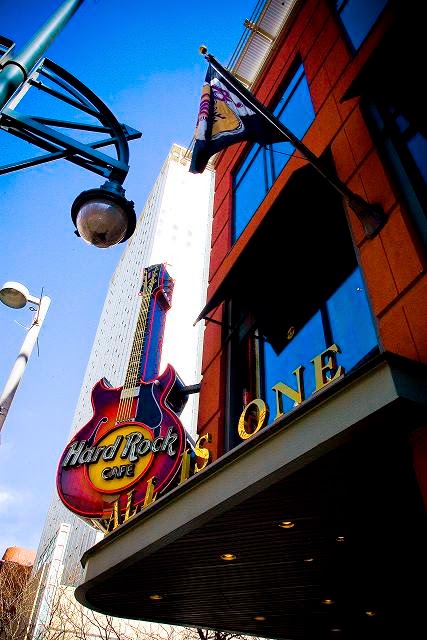 Our Date Night last weekend was full of music, fun and Pink!!  Yes, Pink!!  I was honored to take Jeremy to the re – Grand Opening of Hard Rock Cafe Denver and to be a part of the kickoff for a great cause called Pinktober!  The Hard Rock Cafe Denver is in the heart of downtown on the 16th Street Mall and I was excited to see the changes and enjoy the new memorabilia that I was told about.  I had not been to the Hard Rock Cafe for at least 10 years!  The moment we walked into the cafe I could tell that the remodel had been done – the cafe is modern and totally updated!  It looked fantastic and honestly I started wondering why we didn’t come to the HRC more often!  Music, good food, great drinks and lots of great memorabilia that will have you and your friends/guests talking all about your favorite musicians and bands. 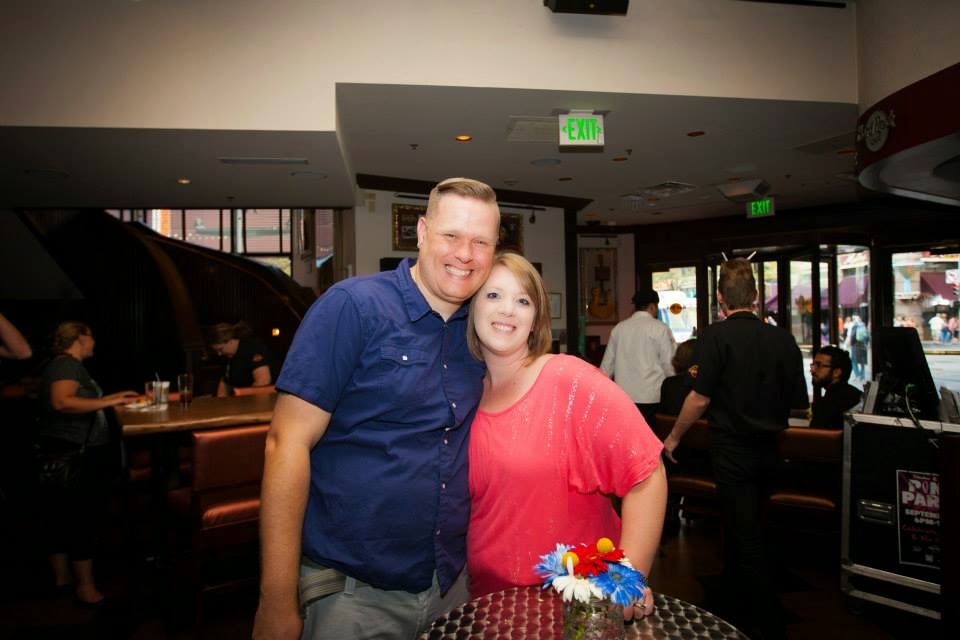 Check out our happy smiling faces!  Those faces might have been from too many pink margaritas!!  Delicious!  I was very excited for a night on the town with my hubby but I was also super excited to be apart of the Kickoff to Pinktober.
The Pinktober Celebration was all celebrated with a Pink party!  Our favorite Local radio personalities from  Alice 105.9, Slacker & Steve, kicked off the evening with a Pink Party, launching Hard Rock Cafe Denver’s annual PINKTOBER campaign, in support of breast cancer awareness and research. All of the guests could have registered to participate in the Race for Cure, donate their bras to Slacker & Steve’s Banner of Bras for display at Race for the Cure and make a donation to Susan G. Komen Colorado.  The house was packed and those bras were being dropped in the box like crazy! 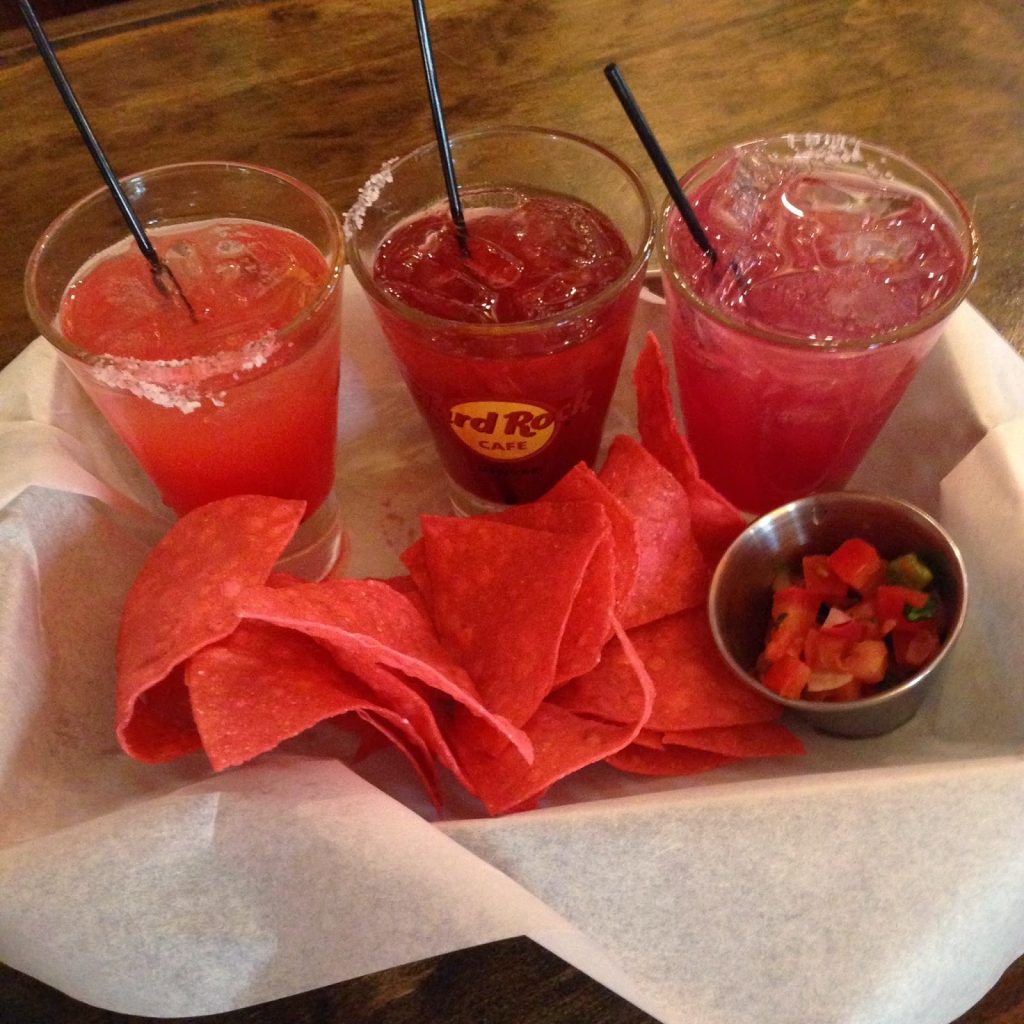 The food was fantastic and it made be realize that we need to visit the Hard Rock Cafe for more than just drinks in the future!  SO GOOD!  Aren’t these PINK chips and Margaritas the coolest? The stage was set for a great evening of music.  We got to hear a band from the local School of Rock of Denver.  Those kids were fantastic.  The music is in their hearts that is for sure.  After the School of Rock band performed we got a chance to win a ton of prizes and then enjoyed a concert from Rachel and the Kings.  A great way to wrap up the night. 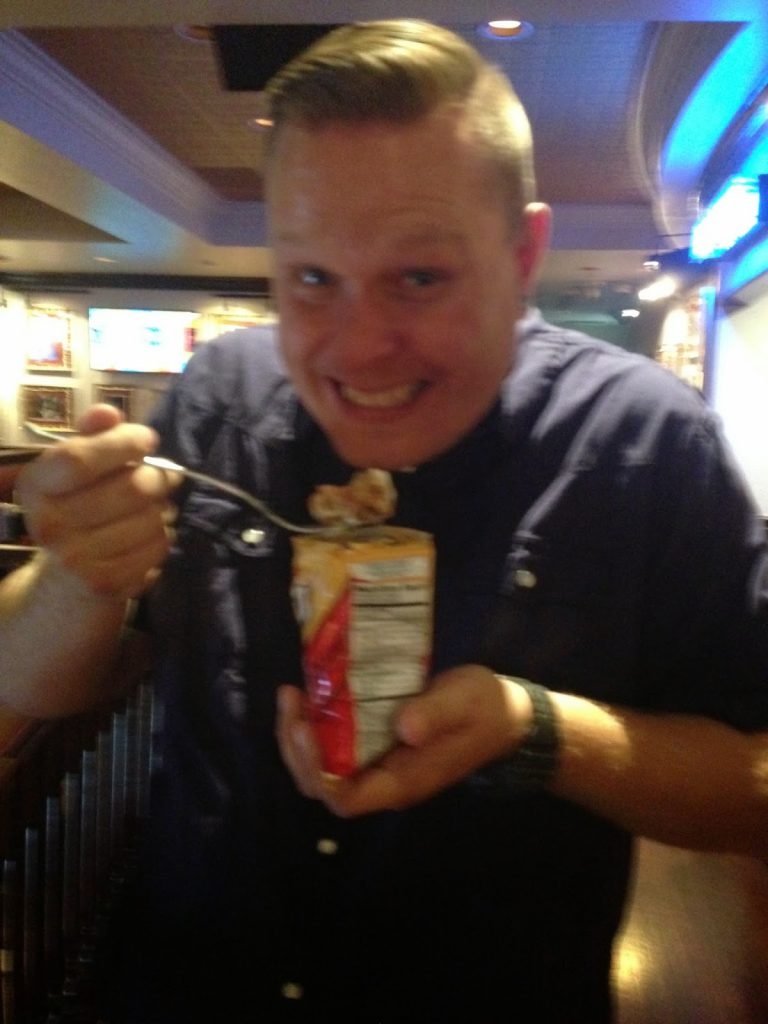 Oh and Jeremy was happy that he got to enjoy a street taco!  Yum!

The renovated cafe offers a unique look at the history and future of music, with an entirely new memorabilia
collection. The more than 200 unique pieces showcase the history of rock and roll, with a focus on artists who have
performed at Denver’s famous Red Rocks Amphitheatre. Highlights include boots worn by The Doors’ Jim Morrison;
a guitar smashed in 1964 on stage by The Who’s Pete Townshend, when the band was still called the High Numbers; “ventilator” glasses worn by Elton John during a performance; a set of handwritten preliminary lyric ideas by the legendary Jimi Hendrix; handwritten lyrics to “Rhiannon,” photocopied by Stevie Nicks, with notations added; and a tobacco burst Gibson Howard Roberts acoustic guitar used by Alex Lifeson of Rush, among other items. These pieces and more will be further highlighted on the cafe’s cutting-edge, multimedia Rock Wall SoloTM, featuring multi-touch technology that enables fans to explore the world’s greatest rock ‘n’ roll memorabilia collection, and virtually tour all of Hard Rock’s venues worldwide.

The extensive process resulted in the addition of 30 new menu items, and the modification of 28 existing menu items. As it always has, the made-from-scratch menu remains full of fresh ingredients, but more local and seasonal
offerings have been integrated as well. 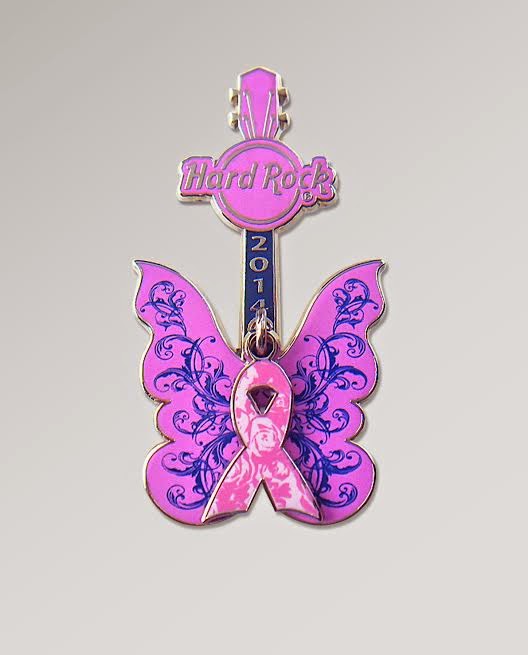 Make sure you take part in the 2014 Pinktober campaign if you live near a Hard Rock Cafe.

For the last 15 years, the PINKTOBER® campaign has raised millions of dollars globally for breast cancer awareness and research. What makes the PINKTOBER® initiative so unique is that it mobilizes the rock and roll community and its patrons from around the world to join the fight against breast cancer through creative and exciting partnerships, events, merchandise, and music! This year’s campaign includes limited time menu items, beautifully designed merchandise and electrifying events at Hard Rock properties worldwide.

Support the cause while satisfying your hunger and quenching your thirst. During the months of September and October you can order from a variety of food and beverage options that will send partial proceeds directly to our breast cancer charity partners. Choose from a Red Berry Press, Wild Berry Smoothie, or get a Fight of 3 Margaritas coupled with pink tortilla chips to get your meal going. If dessert is more your tune, our Decadent Red Velvet Cake is sure to satisfy that sweet tooth.
FIFTEEN YEARS, MILLIONS OF DOLLARS, ONE GLOBALLY UNIFYING CAUSE

Have you visited a Hard Rock Cafe recently?