For all the latest updates straight to your inbox
Home » Blog » Uncategorized » Jude’s Taekwondo Tournament
0 shares
About two months ago we took Jude for a free trial class at a local Taekwondo studio.  We were not sure if he would enjoy it but wow he LOVES it and we are seeing some great improvements.
Last weekend Jude had his first tournament and while we were not expecting much since he has only be in class for a couple of months, he totally blew our minds. 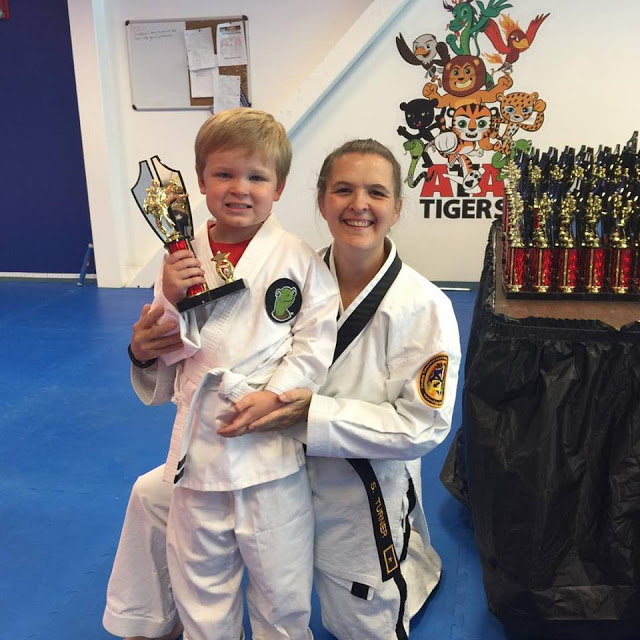 He not only got a trophy for his listening skills but also followed along to the commands and sequences that the instructors requested.  So proud!  I have a feeling that we will be taking Jude to Taekwondo for years to come.  I love that he has found something that he enjoys and is also helping him control his body and mind.

After the tournament he had the chance to break his first board.  He was so excited.  The whole studio was watching him but BAM!  He did it!!!  So cool!  He has his first broken board in his room, signed and dated!

Do you or your kids enjoy any Martial Arts?