Do you have Miles fans in your house?  We certainly do!  Both Jude and Teagan get so excited when Miles From Tomorrowland is on Disney.  We were lucky enough to have the opportunity to invite some of our friends to enjoy a Miles party last week. 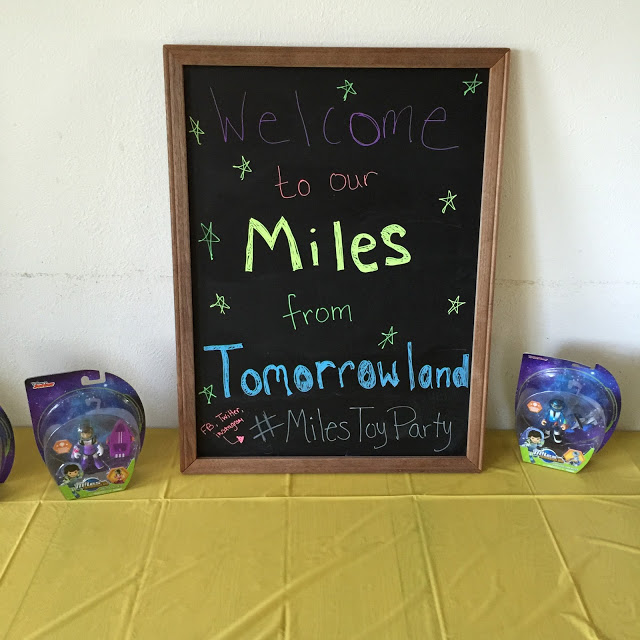 About Miles From Tomorrowland

Miles from Tomorrowland is an animated Disney Junior series. It centers around the Callisto family who live on a spaceship called the Stellosphere and work for the Tomorrowland Transit Authority.

Miles is an enthusiastic boy with a rambunctious boys streak. Miles has a sister Loretta Callisto who is the ‘brains’. Their mom Phoebe and dad Leo are the captain and the engineer of the ship. M.E.R.C. is the family’s pet robo-ostrich who is never far from Miles’ side. 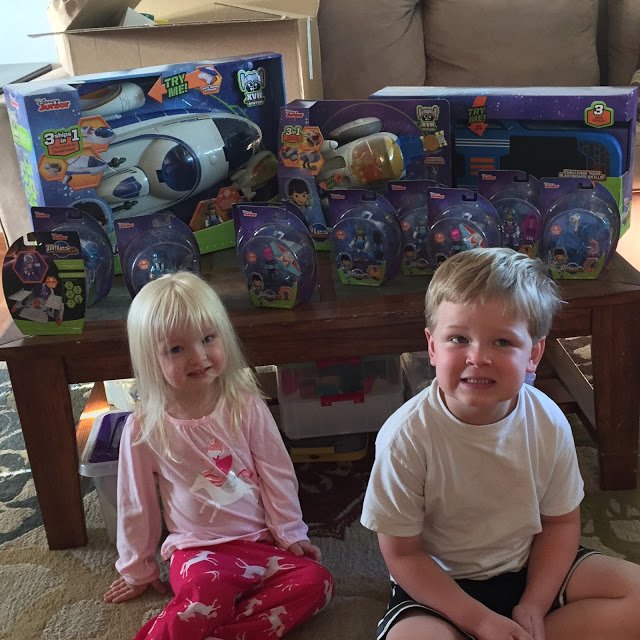 We ended up surprising Jude and Teagan with this little party.  I set up the Miles Toys in our living room the night before the party and they ran out to see them all after they woke up the next morning.  So much fun.  Then when I told them that they got to try out all the new toys with some friends they were even more excited!  PARTY TIME!!
Miles Toys:

The Callistos are on a mission to connect the universe. Explore the galaxy on the Stellosphere, the home base space station for the Callistos, where they relax, recharge and receive new missions from the TTA.

The Stellosphere comes apart into 3 separate ships to make space explorations easier. Open up the large Stellosphere playset to reveal the Callisto’s command center where Miles and the Callisto Family 9figures sold separately) can receive missions from the TTA. For short, quick missions, take the mini StarJetter that is stored in the Stellosphere. For longer missions that require a greater distance to travel take the Zip Ship that can be removed from the top of the Stellosphere.

To boost any ship with lights and sounds remove the XVR system form the bottom of the Stellosphere and attach to the other ships. With that many ways to explore, no mission is too difficult.

Miles and his family, the Callistos, are on a mission to connect the universe. The StarJetter, their most nimble and versatile exploratory shuttle, transports them anywhere in the galaxy. Let the StarJetter help your child on any missions with all 3 of its exploration modes:

Miles rockets through the cosmos in nanoseconds on his Blastboard and your child can too!

Choose from three different game modes to practice balance skills on the Blastboard: 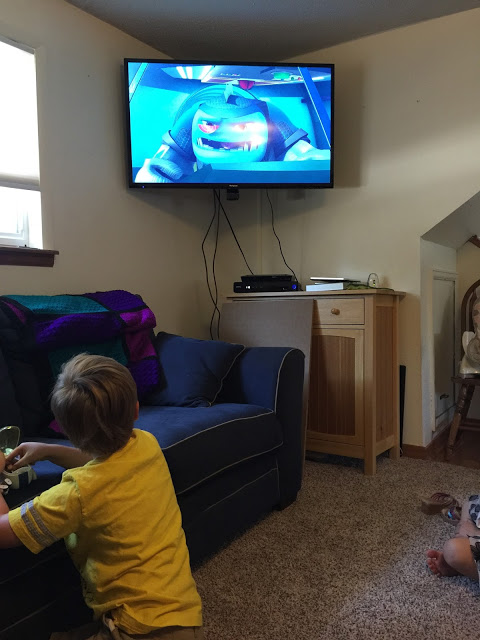 Our party was pretty laid back with some close friends of ours.  We introduced a couple of them to the super fun world of Miles by having episodes running on the TV.  Once the kids who had never seen Miles saw an episode, they were hooked.  The best part was that they were watching the show but they were all acting out with the Miles Toys.  So cute to see them all playing together and using their imaginations. 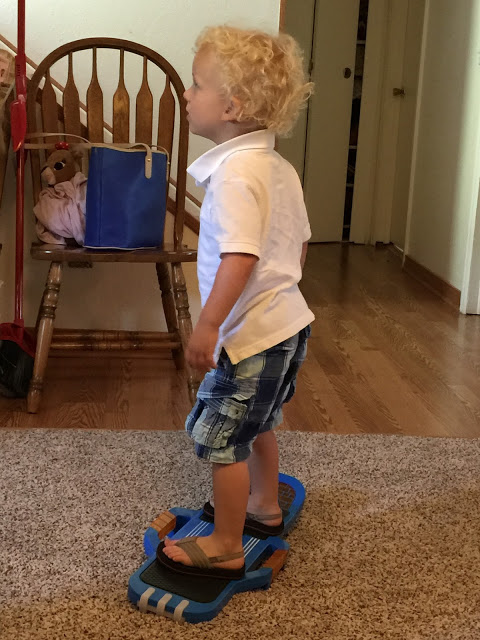 The Blastboard was by far the most favorite toy of them all.  EVERYONE had to have a turn – yes, even some of the adults.  I know for a fact that this toy was put on a few kid’s Christmas wish lists!  HA!  Our neighbor friend, Cooper, even mastered the blastboard while watching Miles on tv! Talent! 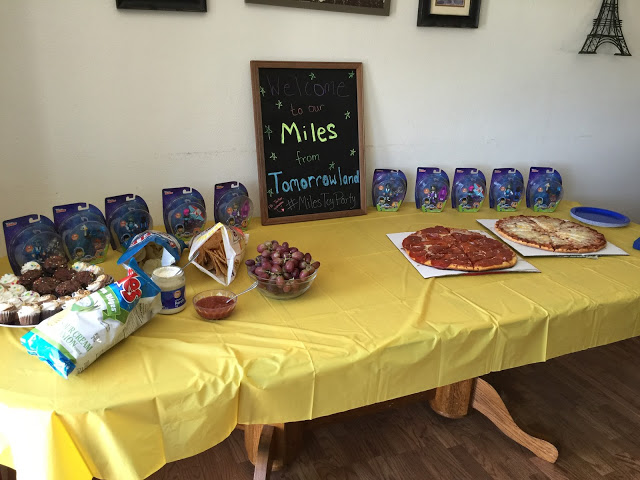 We all enjoyed some pizza, fruit and snacks after some Miles fun.  I love being able to throw together these smaller parties/playdates to have some quality time with great friends.  It was so much fun trying out the new Miles Toys and hanging out with everyone.  A Super Steller time! 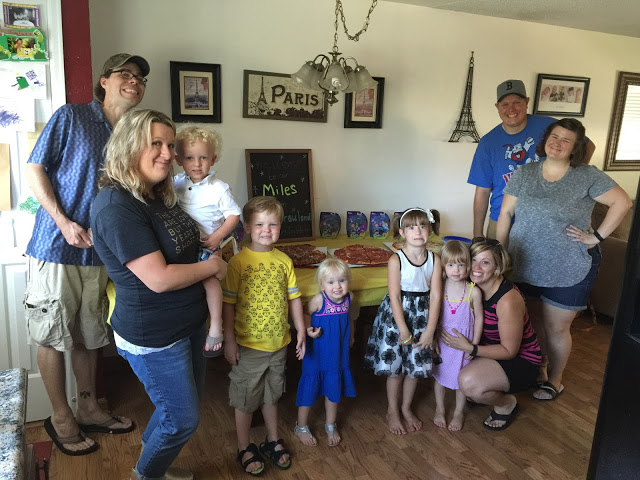 Here is our party picture – we are missing a few people but it was certainly a great time.   I loved that we were able to give each of our guests a Miles figurine to take home with them.  It was fun to see who each of them choose – not all of them wanted Miles either!
If you are looking for creative toys for your child’s Christmas List I would add all of these to that list.  You can purchase the Miles From Tomorrowland toys from ToysRUs – head there to pick up the best Miles Toy for the Miles From Tomorrowland fans in your life!
Which Miles Toys would your child want to add to their collection?