For all the latest updates straight to your inbox
Home » Blog » Uncategorized » 2015 Santa Visit – Success!
0 shares
We have been taking Jude to see Santa from the time he was an infant and we did the same with Teagan.  Teagan, however, is terrified of all things in costumes – including Santa.  All of our pictures that have included Teagan have had tears or one of us holding Teagan during the photo. Jude loves the day we go and see Santa because he gets to finally speak to this guy face to face but the trauma of the visit is sometimes not worth if for Teagan.
BUT this year was different!! 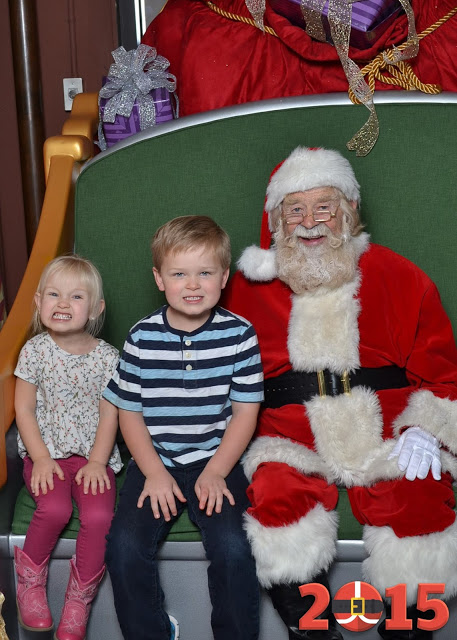 Smiles!!!  Okay, giant cheese smiles but smiles!!  Teagan agreed to sit with Santa as long as Jude sat in between them – deal!!  After the photo Teagan actually went up to Santa and told him what she wanted for Christmas and then gave him a HUG!!  A HUG people!!
2015 Santa Visit was a success!!
What have your kids told Santa they want for Christmas?