Months ago I tried baking my first cake in the slow cooker and it turned out so good – Chocolate Cherry slow cooker cake.   I said I was going to continue to try making cakes and desserts this way and I did.  My most recent creation is a S’mores Lava Cake.  I have a sweet spot for anything S’mores so I was super excited to try this. 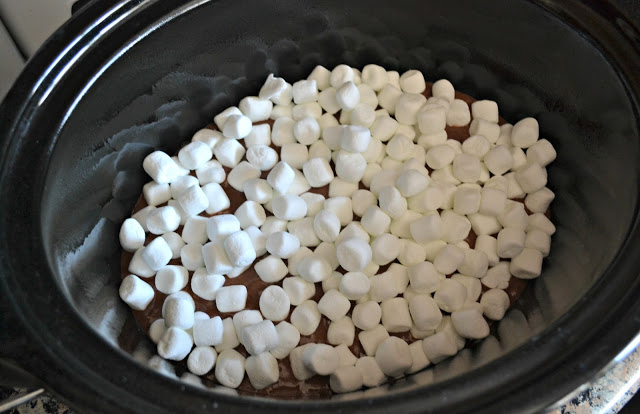 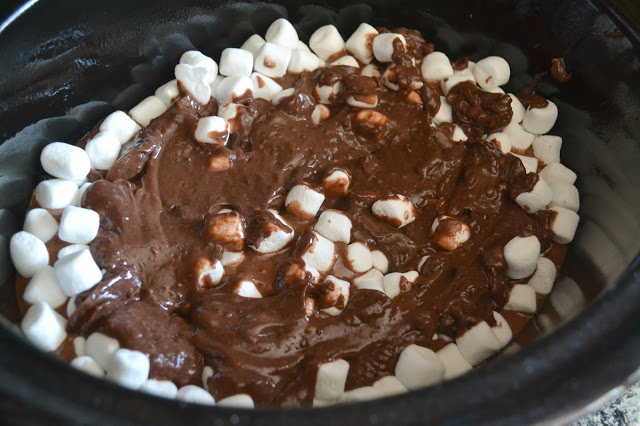 7.  Evenly top the pudding with graham crackers and chocolate chips.

8.  Cook cake on low for 3 hours.  Enjoy when cake is warm and bubbly.

Just like my Cherry Chocolate Slow Cooker Cake this S’mores Lava Cake is to die for.  The addition of the pudding makes takes the cake to a new level!  While this cake is perfect by itself it would also be the perfect ice cream topper – yummy!!

I would love to hear about any fun slow cooker dessert recipes you have created.