Hard to believe that the first day of school has already come and gone.  Both Jude and Teagan were so ready for this day and have had great days in school since.  This year we continued our tradition of using a chalkboard to create a fun first day of school picture.  I love this tradition and hope to continue it for years to come.  I might need to buy another chalkboard though once they start school on the first day! 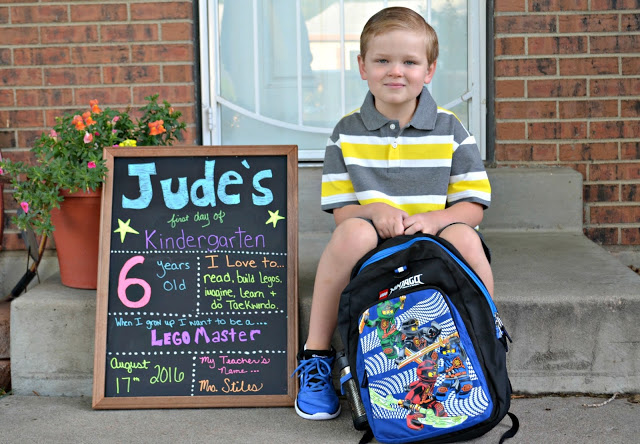 Jude’s First Day of Kindergarten – 2016
After years of planning we are finally here.  Jude turned 6 in June and that meant he could technically be in 1st grade but we made a decision a few years ago to delay Kindergarten for one year.  While he will be the oldest and tallest/biggest in his class we felt that this was the best decision for him when looking towards the future of his education.
This is Jude’s 4th year in school but his 1st year going full day.  What a huge change for him!  The first couple of days went great for him.  He was exhausted but had a great week learning the new classroom and catching up with his friends. 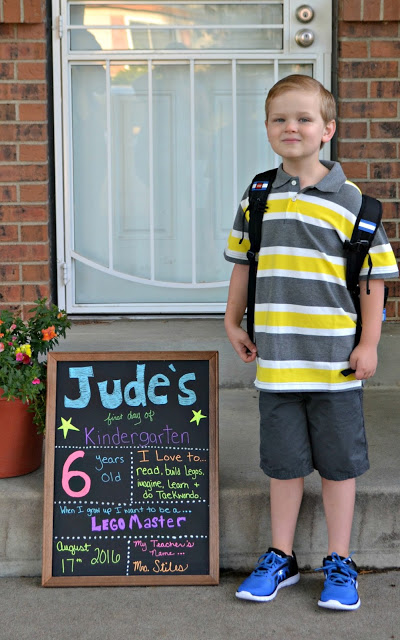 He is going full day but at this school it is a little bit of a modified full day Kindergarten.  His first half of the day is traditional Kindergarten and the second half is an enrichment using Montessori curriculum.  I love that he is getting another year of Montessori as it has been a great way for Jude to learn.
This year he decided that he wants to be a Lego Master when he grows up too.  Such a creative mind! 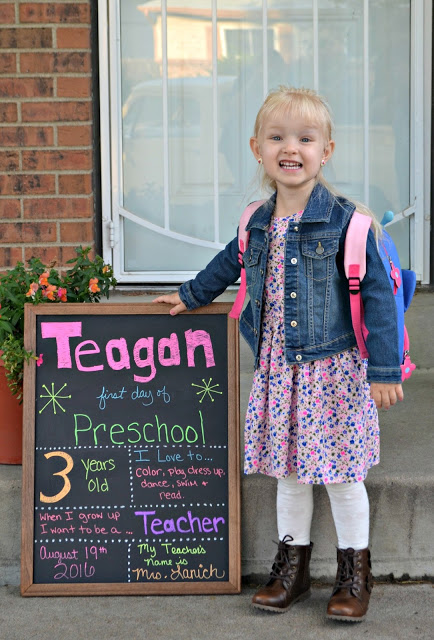 Teagan’s First Day of 3 Day Preschool – 2016
This is Teagan’s first full year of school.  She started mid year last Winter and it went great for 2 days a week.  This year she will be going 3 days a week for half days.  She is also in a Montessori program which like Jude is a great option for her.
She has a new classroom and new teacher this year but is very familiar of her teacher because Jude had her for 3 years!  Teagan was asking daily when it was her turn to go to school so she was so ready.  In fact, she asked to go every day instead of 3 days a week but our plan is to follow the same track that Jude has been on. 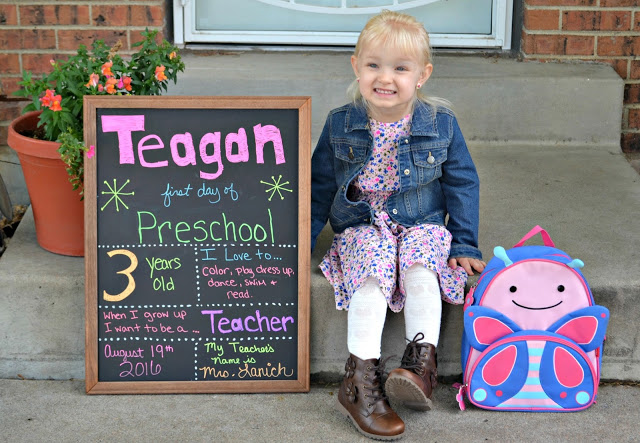 She is such an independent little lady that she had no fears of starting school.  Sounds like she has some new friends in class and enjoys them.  I cannot wait to see how this year plays out for her.
This year Teagan made her grandma and grandpa smile by saying when she grows up she wants to be a teacher!!  I think she would be a great teacher! 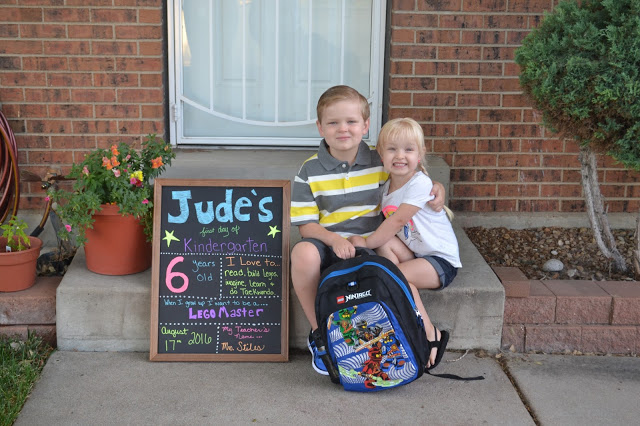 I believe this year will be full of fun and lots of learning for both Jude and Teagan!  Here’s to a great school year!! 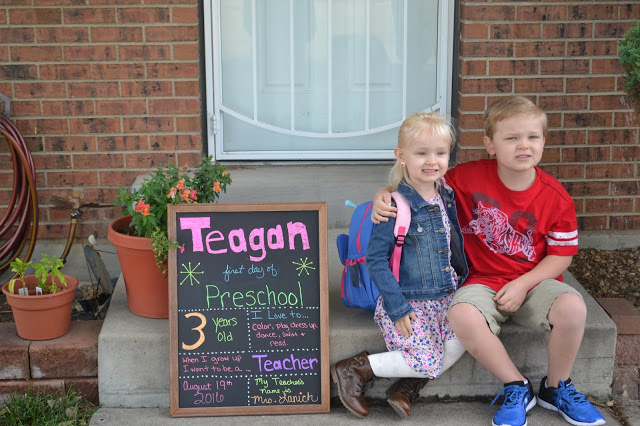 How did your kids first day of school go?