Disclosure:  My family was provided complementary tickets to the circus.  All opinions are my own.

Growing up, my family took a few trips to the circus when Ringling Bros would roll into town.  Visiting the circus has always been an activity that I have wanted to do with Jude and Teagan so I was super excited to have the opportunity to check out the newest twist in the circus world. 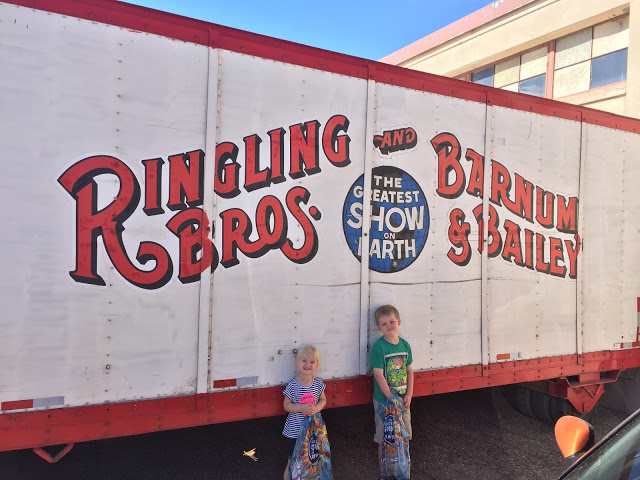 The kids had a great time at the circus and so did Jeremy and I.  2016 has brought an overhaul to the typical circus and we were all pleasantly surprised.  I am not going to lie, I was wondering how they would have a circus with out elephants but honestly, those amazing creatures weren’t missed.  That sounds bad but seriously folks, this is The Greatest Show on Earth! 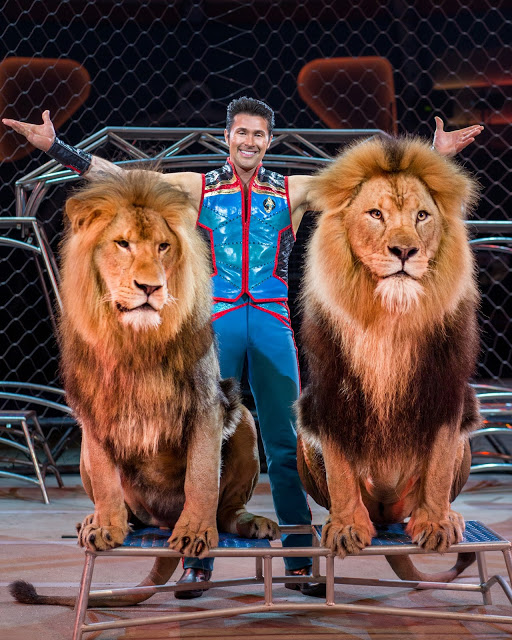 It was nice to still see the big cats in the ring.  The kids loved when the trainer cuddled with the lion at the end.  And Teagan asked me what I thought their fur felt like!  Ha!  I have no clue but what a fun question for her to ask in the middle of the entertainment.
Just like previous circus’s I have been to the costumes and performers are so bright and bubbly.  I love the traditional circus costumes but with a modern flair.  Great entertainment that has you mesmerized by the show. 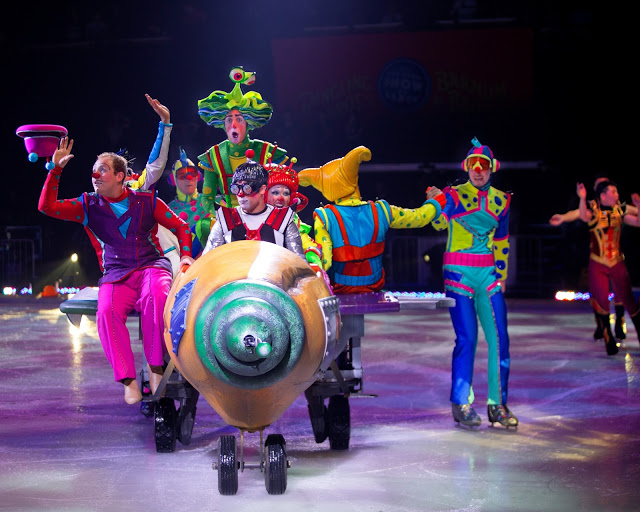 The new show entitled, Out Of This World is being called the largest refresh in the brand’s nearly 150 year history. It will be a multi-sensory show featuring immersive technology, an interactive, action-packed, and space-age storyline, and unbelievable performances by gravity-defying acrobats, majestic animals and hilarious clowns. For the first time, the show will also feature thrill skaters – and acts will seamlessly transition from floor to air to ice, a feat never before done in Ringling Bros. 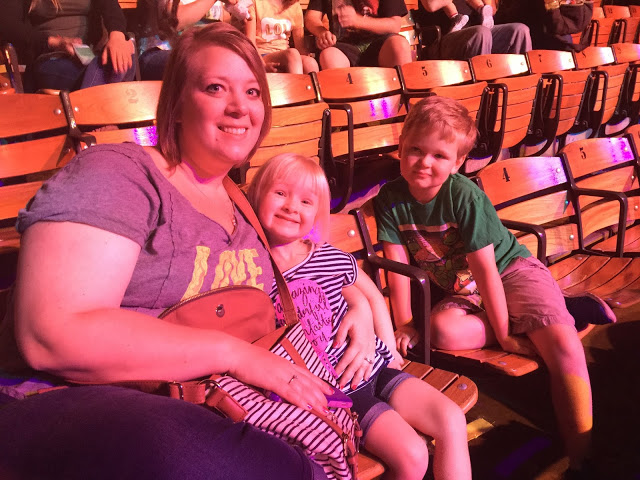 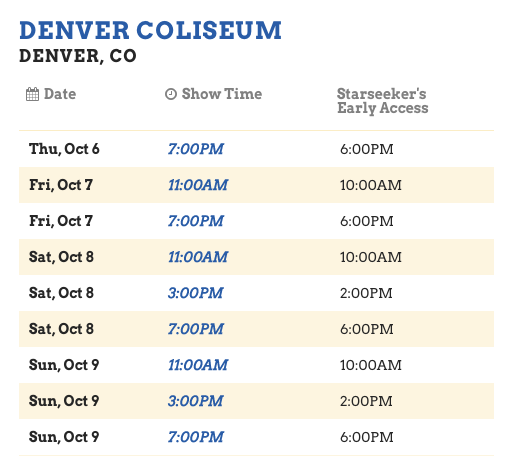 Purchase your tickets here.
If you are out of the Denver area make sure you check when the Out Of This World show is coming to a stage near you.  It is a must see! 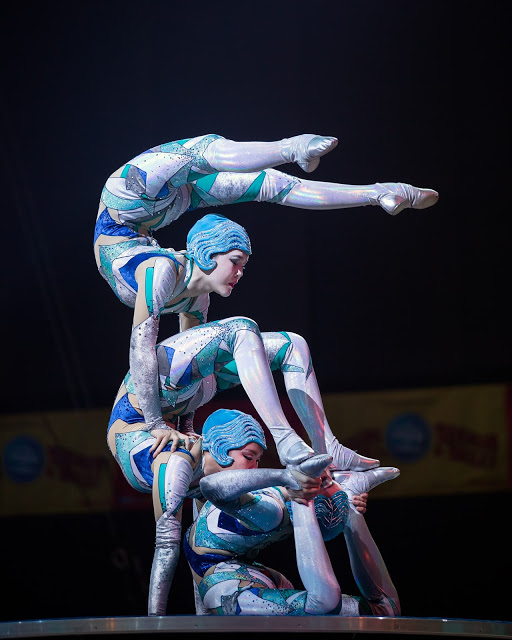 I have always been impressed with the performers but this show has improved so much.  Teagan loved seeing the “gymnastics” and the dancers pointing their toes.  I think Jude’s favorite part was the clowns being crazy and the motorcycles in the cage.  Such talent. 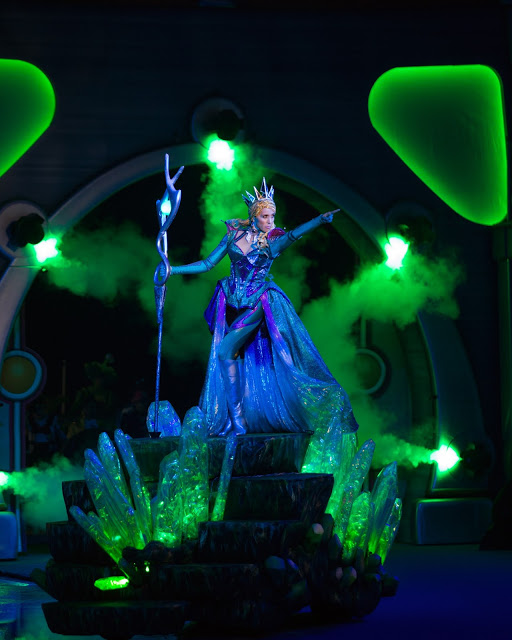 I believe that Ringling Bros are certainly moving in the right direction with this new type of show.  The addition of a bigger story-line, ice skating and a live band is huge. 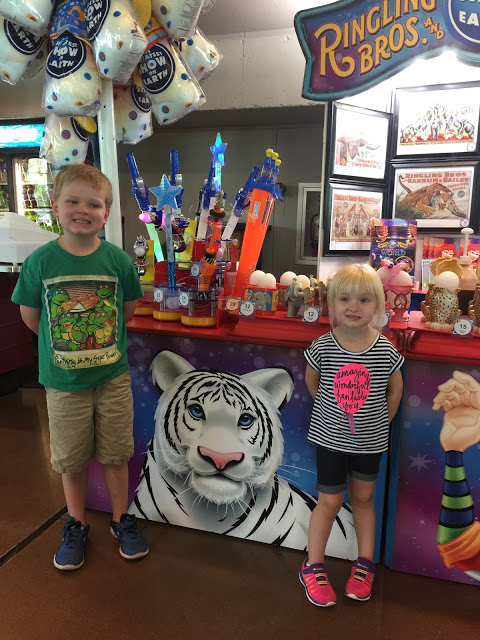 We had a great family day at the circus and I think we will be making this a yearly trip whenever they visit Denver again.  Jude and Teagan are still talking about the fun afternoon.
Denver friends, there are a few shows left, get on those tickets soon!!
Have you seen the new Out Of This World show yet?