For all the latest updates straight to your inbox
Home » Blog » Uncategorized » Unforgettable the Movie – When Love Ends Madness Begins
0 shares
Disclosure:  I was provided free screening tickets in exchange for my honestly review of this new release.
Last week my best friend and I got the opportunity to attend a pre-screening of a new movie coming to theaters this weekend.  The movie is called Unforgettable.  This thriller has a twist perfect for those like like a good chic flick.  Now, we are both scaredy cats so honestly we were a bit freaked out to be attending a thriller but I am so glad we went.  The screening event was a ton of fun but the movie was really great too. 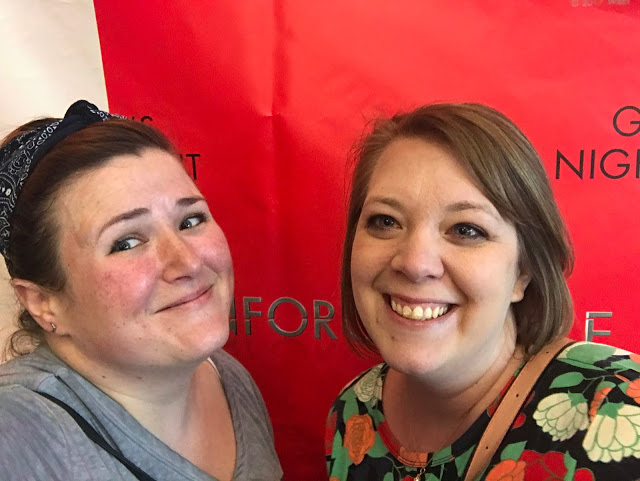 The screening event we attended was totally the ultimate Girls Night Out, which we both really needed.  There was manicures with red nail polish, chair massages, drinks and comfortable reclining seats for the movie.
Our Thoughts:
While some of this story line was super predictable we were both really on the edge of our seats waiting to see what happened next.  I felt myself wanting to yell at the screen to LISTEN to Julia.  And both my BFF and I saw the everyday truth that even when a woman knows they are being attacked or set up, they are often put in a corner, thought to be crazy and told they are over-reacting.  No wonder so many assault victims do not come forward to authorities!  AH!  Society!
I would mark this movie as a must see for the ladies.  Not sure that my husband would enjoy it. 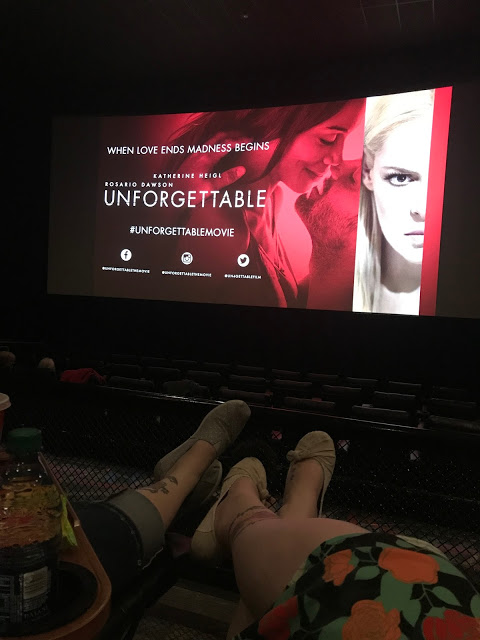 Katherine Heigl (“27 Dresses,” “Knocked Up”), Rosario Dawson (the “Sin City” films) and Geoff Stults (TV’s “The Odd Couple”), star in the film. “Unforgettable” marks a reunion for Heigl and Di Novi, who previously collaborated on “Life as We Know It.”

The film is produced by Di Novi, Alison Greenspan (“If I Stay”) and Ravi Mehta (“Grudge Match”), with Lynn Harris serving as executive producer. The film was written by Christina Hodson.

Heigl stars as Tessa Connover, who is barely coping with the end of her marriage when her ex-husband, David (Stults), becomes happily engaged to Julia Banks (Dawson)-not only bringing Julia into the home they once shared but also into the life of their daughter, Lilly (Isabella Rice). Trying to settle into her new role as a wife and a stepmother, Julia believes she has finally met the man of her dreams, the man who can help her put her own troubled past behind her. But Tessa’s jealousy soon takes a pathological turn until she will stop at nothing to turn Julia’s dream into her ultimate nightmare.

This film has been rated R for sexual content, violence, some language, and brief partial nudity.

Will you be adding this new release to your next Girls Night Out?