For all the latest updates straight to your inbox
Home » Blog » Uncategorized » A Cap, A Gown, A 1st Grader
0 shares

Last week we celebrated a close of the school year with seeing Jude “graduate” from Kindergarten.  The day was so much fun.  He felt very special and grown up in his cap and gown and now he is moving on to bigger and better! 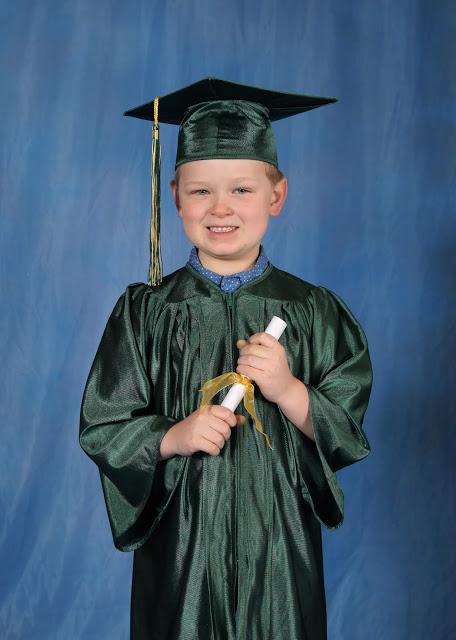 In 2015, Jeremy and I made the decision that we would be “holding” Jude back a year in Preschool to allow him some extra growing time before moving on to Kindergarten.  While there has been some days that I wondered if we did the right thing, at this point we are so encouraged with our decision to make Jude older in his class.  Jude has grown both emotionally and educationally.  He is so ready for 1st grade and he is going to do great!

That being said, I do foresee him having some struggles as he goes through school due to his size.  Jude is about a head taller than all of the kids in his class!!  Crazy!!  But, it was a great learning year for him!  His class for Kindergarten was a class of 10 boys!  JUST BOYS!  That was a great experience for him and his buddies. 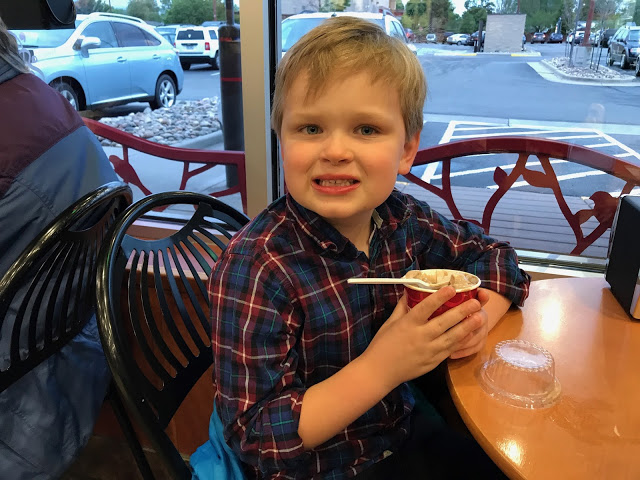 After the graduation ceremony we headed to Cold Stone for an ice cream celebration!  I find it so hard to believe that we will be jumping into grade school routines in just a few months!  I know everyone says this but…It goes so FAST!!  In about a month he will be 7!!  AHH!!  Not possible. 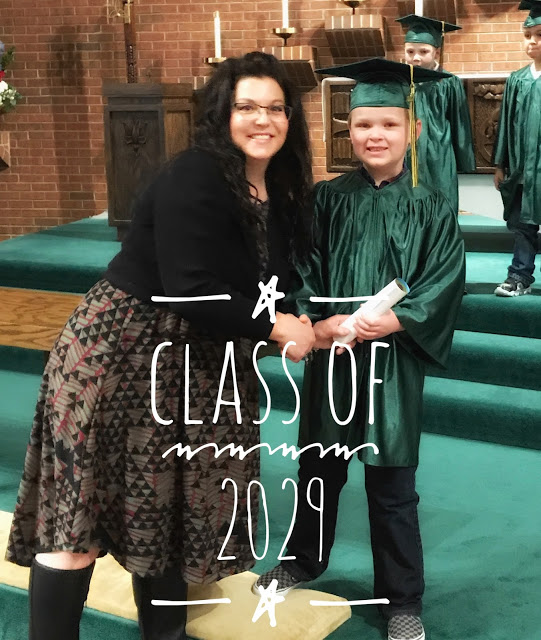 Congratulations Jude!!  We are so proud of you!!
Did your kiddos have any end of the school year celebrations?