Disclosure:  Warner Bros. hired me to promote the DVD release of Unforgettable.

A few months ago my best friend and I were able to attend a local pre-screening of the movie Unforgettable staring Katherine Heigl. It was really the perfect girls night out movie and we both really enjoyed it. In July, you can take this great thriller home with you. 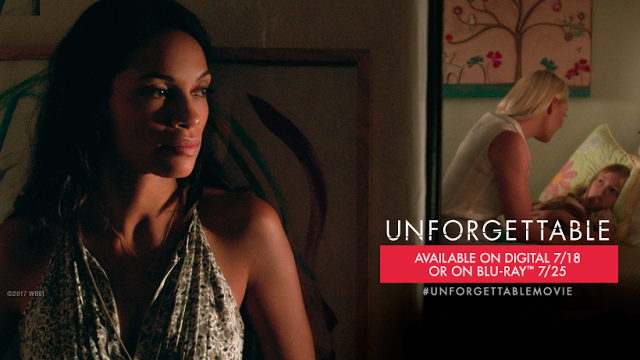 Katherine Heigl (“27 Dresses,” “Knocked Up”), Rosario Dawson (the “Sin City” films) and Geoff Stults (TV’s “The Odd Couple”), star in the film. “Unforgettable” marks a reunion for Heigl and Di Novi, who previously collaborated on “Life as We Know It.”

The film is produced by Di Novi, Alison Greenspan (“If I Stay”) and Ravi Mehta (“Grudge Match”), with Lynn Harris serving as executive producer. The film was written by Christina Hodson.

Heigl stars as Tessa Connover, who is barely coping with the end of her marriage when her ex-husband, David (Stults), becomes happily engaged to Julia Banks (Dawson)-not only bringing Julia into the home they once shared but also into the life of their daughter, Lilly (Isabella Rice). Trying to settle into her new role as a wife and a stepmother, Julia believes she has finally met the man of her dreams, the man who can help her put her own troubled past behind her. But Tessa’s jealousy soon takes a pathological turn until she will stop at nothing to turn Julia’s dream into her ultimate nightmare.

This film has been rated R for sexual content, violence, some language, and brief partial nudity. 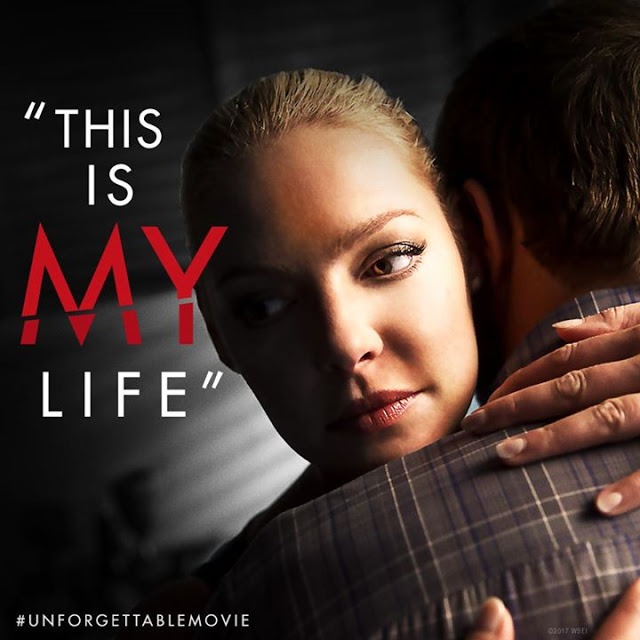 On July 18th, “Unforgettable” will be available to own for streaming and download to watch anywhere in high definition and standard definition on favorite devices from select digital retailers including Amazon, CinemaNow, FandagoNOW, iTunes, PlayStation, Vudu, Xbox and others. On July 25th, “Unforgettable” will be made available digitally on Video On Demand services from cable and satellite providers, and on select gaming consoles.

ABOUT DIGITAL HD WITH ULTRAVIOLET 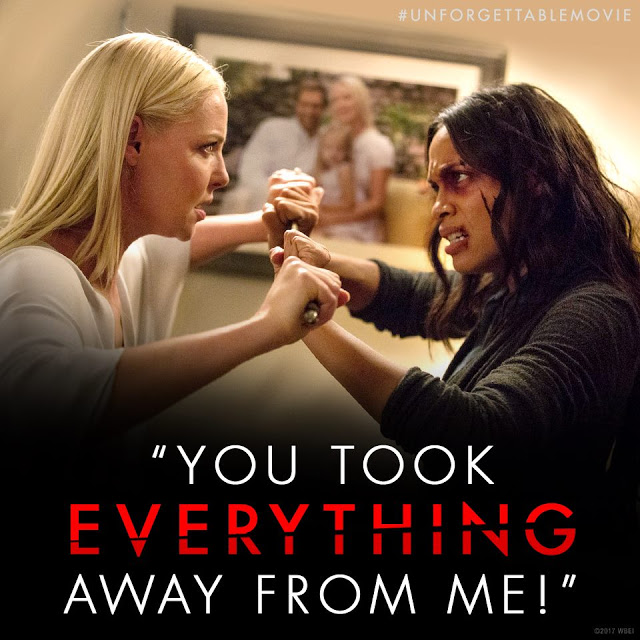 So, you can wait to purchase this great thriller or you an enter to win a copy of your own for FREE!  Simply follow the rafflecopter form below!  18+, US only.  GOOD LUCK!!

Did you see Unforgettable in the theater for a Girls Night Out?