Disclosure:  My family and I were compensated with free movie passes in exchange for this post. 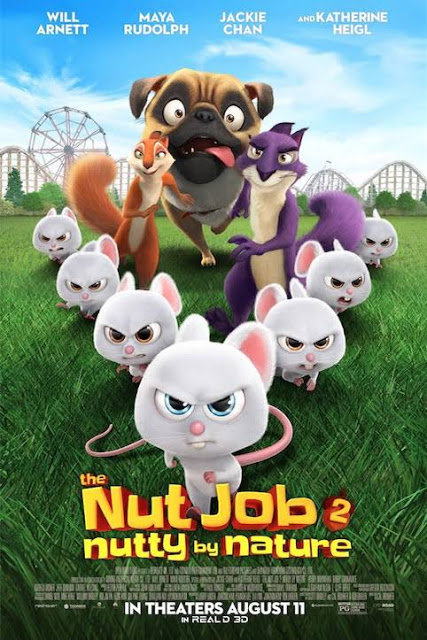 My kids love movies and The Nut Job is one that they will watch over and over, so when we heard that there would be a sequel we knew we would have a family day at the theater for that release.  Well, the release is finally here!!

Coming to theaters August 11, 2017 is The Nut Job 2: Nutty By Nature. The sequel follows the journey of Surly Suirrel (Will Arnett) and his friends as they try to band together to save their home at Liberty Park from being bulldozed by the evil mayor of Oakton. The film also stars Katherine Heigl, Jackie Chan, Peter Stormare, Bobby Cannavale, Isabela Moner, and Maya Rudolph.

Surly Squirrel (Will Arnett) and the gang are back. We are once again in Oakton where the evil mayor has decided to bulldoze Liberty Park and build a dangerous amusement park in its place. Surly and his ragtag group of animal friends band together to save their home, defeat the mayor, and take back the park.

The trailer is so fun.  We are super excited for this one.  For those of you in the Denver Metro area, we have another treat for you.  This weekend, the Jeffco Fair and Festival will begin and for those of you with kids who love the crazy Nut Job characters you really should plan a visit for the Nut Job 2 event.

The Nut Job 2 event at the Jeffco Fair will be Saturday, August 12th from 10:30am-2:00pm. The event will feature fun activities such as raffle prizes and an appearance by the costumed character, Surly, from the film. 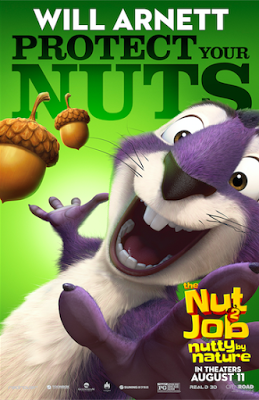 PRIZE PACK GIVEAWAY!!
For even more fun, we are offering one of our lucky readers a chance to win a The Nut Job 2 Prize Pack. The prize pack includes the following:  a T-shirt, ROE tickets to the movie (4), PB Crave peanut butter and Blue Diamond Almonds!!
Enter to win using the rafflecopter below!  Good luck!!
Rafflecopter Form:
a Rafflecopter giveaway
Will you and your kiddos be heading to the theater for The Nut Job 2 release?