Disclosure:  Our family was invited to a pre-screening of FERDINAND in exchange for this review.  No other compensation was provided.  All opinions are my own.

Over the weekend we had the opportunity to go and see the upcoming release of “Ferdinand”.  It was a perfect way to spend our Saturday morning.  Jude and Teagan were so excited to see this movie and had been asking about it since we first saw the trailer a few months ago.  Honestly, I was just as excited.  The cast list looked great to me so I was hoping for something great and Ferdinand delivered! 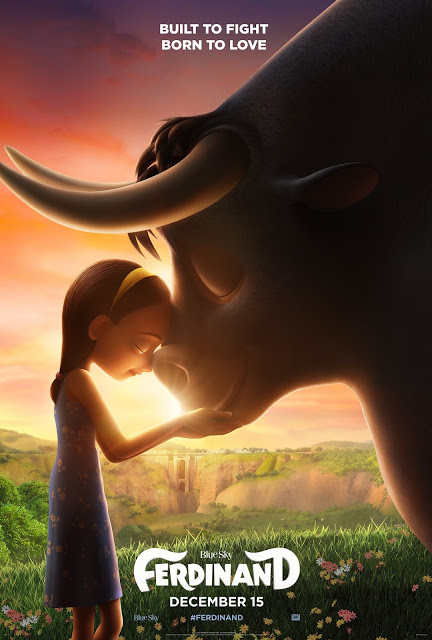 About Ferdinand The Movie:

FERDINAND tells the story of a giant bull with a big heart. After being mistaken for a dangerous beast, he is captured and torn from his home. Determined to return to his family, he rallies a misfit team on the ultimate adventure. Set in Spain, Ferdinand proves you can’t judge a bull by its cover.

From Blue Sky Studios and Carlos Saldanha, the director of “Rio” and inspired by the beloved book “The Story of Ferdinand” by Munro Leaf and Robert Lawson, FERDINAND is a heartwarming animated comedy adventure with an all-star cast that includes John Cena, Kate McKinnon, Gina Rodriguez, Anthony Anderson and many more.

Our Thoughts:
Like I said, I was hoping for great and it happened.  Ferdinand was funny, cute, and heartwarming but what I liked most about this move was the message.  Be true to YOU!  Ferdinand was not a fighter and even though everyone told him should be, he went with his heart.  What a great message to make clear to our young people.
Jude is our laugh out loud kiddo so when those funny parts came on the screen he was hysterical, especially the bull in the china shop scene!  I love hearing him laugh so I thought it was adorable.  Maybe it is because he is my kid.  ha!  Sorry, neighbors.  Anyway, the characters were so perfect in this movie.  We especially loved Lupe, she is Ferdinand’s coach through out the movie but she really added so much to the story.
I would recommend seeing this movie in the theater with you kids.  It is a great family movie that everyone will love.  The music was also great in this movie…pretty sure we will end up buying soundtrack.
Ferdinand is such a big bull and character but he is filled with so much love.  I couldn’t help but want to give him a hug! 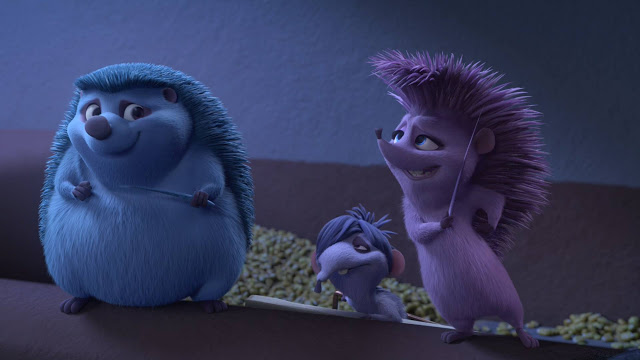 Stay Social with Ferdinand:
Facebook | Twitter | Instagram
FERDINAND is in theaters on Friday December 15th!!
Will you be taking your family to see Ferdinand this holiday season?