Disclosure:   I was provided with a free copy of “12 Strong” and “15:17 to Paris” in exchange for this post and giveaway.

Father’s Day is just around the corner and honestly, I have always struggled with what to get my husband for Father’s Day and my dad for Father’s Day.  This year, however, I am excited to be able to gift them a few great new DVDs that I believe all Father’s would love to enjoy after a busy day at work or with the family. Let’s be honest, Father’s often get forgotten we talk about self-care, now this is NOT a competition but in my opinion, Father’s also need to remember to take care of themselves.  Self-care is for everyone! I am excited to share these Father’s Day Gift Ideas with you and give you the opportunity to win these DVDs as well! 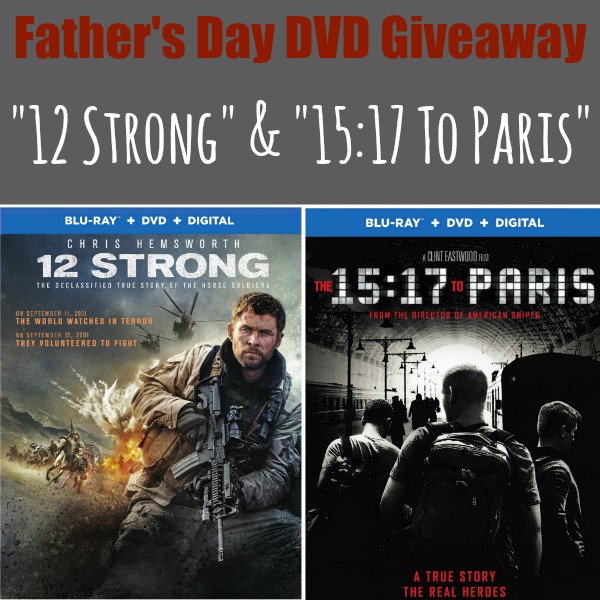 “12 Strong” is set in the harrowing days following 9/11 when an elite U.S. Special Forces unit, led by their Captain, Mitch Nelson (Hemsworth), is chosen to be the first U.S. soldiers sent into Afghanistan for an extremely dangerous mission in response to the attacks.  Leaving their families behind, the team is dropped into the remote, rugged landscape of northern Afghanistan, where they must convince General Rashid Dostum (Navid Negahban) to join forces with them to fight their common adversary: the Taliban and their Al Qaeda allies.

In addition to overcoming mutual distrust and a vast cultural divide, the Americans—accustomed to state-of-the-art warfare—must adopt the rudimentary tactics of the Afghan horse soldiers.  Despite forming an uneasy bond and growing respect, the new allies face overwhelming odds: vastly outnumbered and outgunned by a ruthless enemy that does not take prisoners. 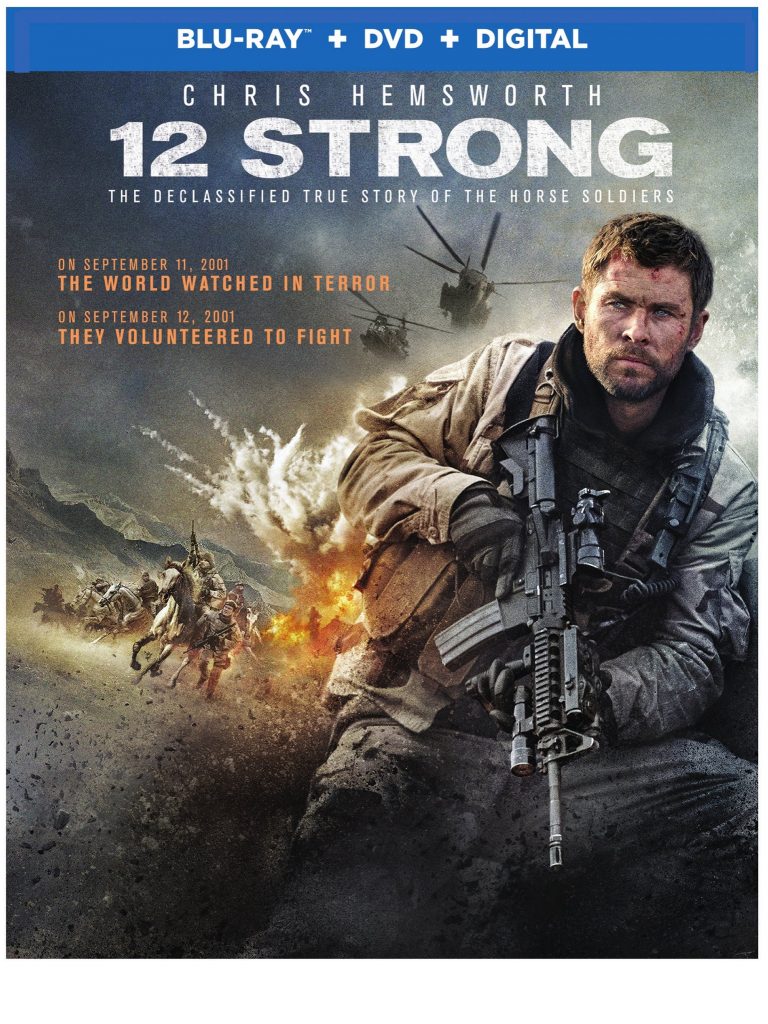 In the early evening of August 21, 2015, the world watched in stunned silence as the media reported a thwarted terrorist attack on Thalys train #9364 bound for Paris—an attempt prevented by three courageous young Americans traveling through Europe. The film follows the course of the friends’ lives, from the struggles of childhood through finding their footing in life, to the series of unlikely events leading up to the attack. Throughout the harrowing ordeal, their friendship never wavers, making it their greatest weapon and allowing them to save the lives of the more than 500 passengers on board. 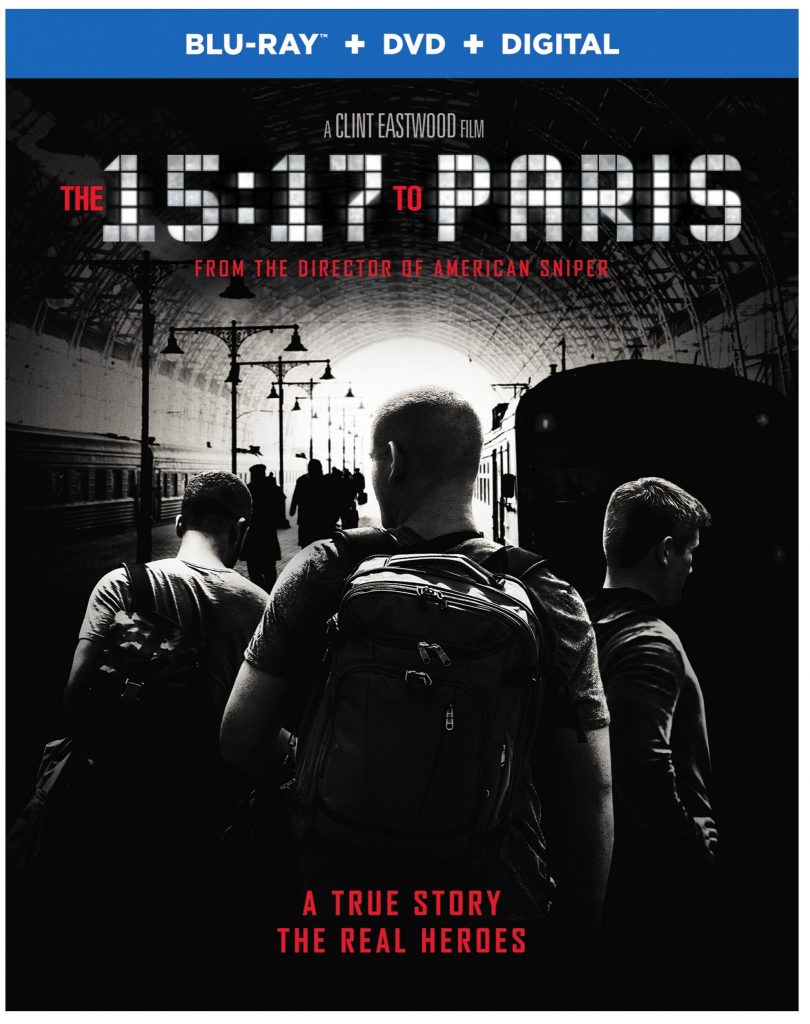 Do you have any Fathers on your Father’s Day gift list that would enjoy one of these DVDs?  Both sound really great and I know my husband will love getting them for Father’s Days.  Now it is your turn to WIN!!  Simply enter the giveaway by filling out the Rafflecopter form below.  I will be picking two winners.

Do you have plans for Father’s Day this year?