Disclosure: My family and I were invited to a pre-screening of YESTERDAY in exchange for this post.

If you know the name of our son (JUDE) or have seen Jeremy’s arm tattoos you know that we are a Beatles loving family.  When Jeremy first saw the preview for YESTERDAY he instantly knew he wanted to see this one in the theater.  We were so excited to leave the kids at grandmas for the evening so we could head to dinner and to see this movie. 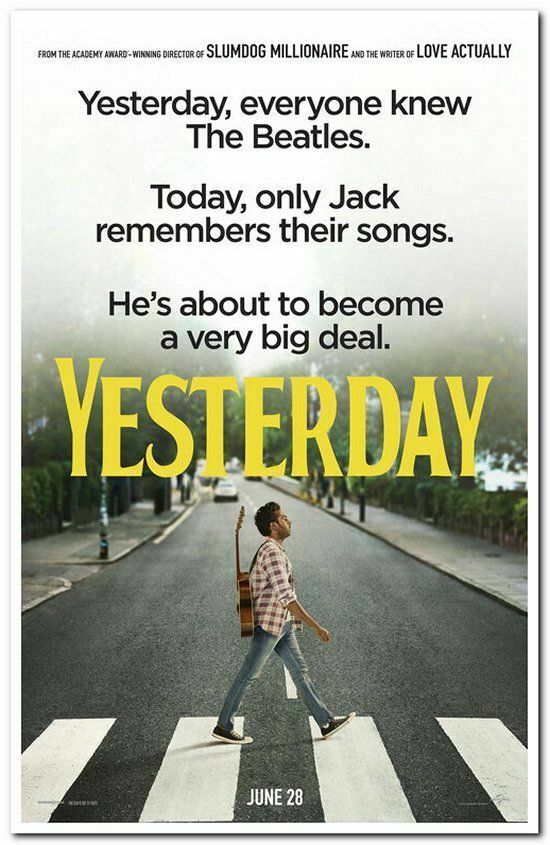 Jack Malik is a struggling singer-songwriter from Clacton-On-Sea whose dreams of fame are rapidly fading, despite the fierce devotion and support of his childhood best friend, Ellie. Then, after a freak bus accident during a mysterious global blackout, Jack wakes up to find nobody else on Earth remembers The Beatles.

With the assistance of his steel-hearted American agent, Debra, Jack rises to global fame by performing songs by the band. However, as his star rises, he risks losing Ellie — the one person who always believed in him. 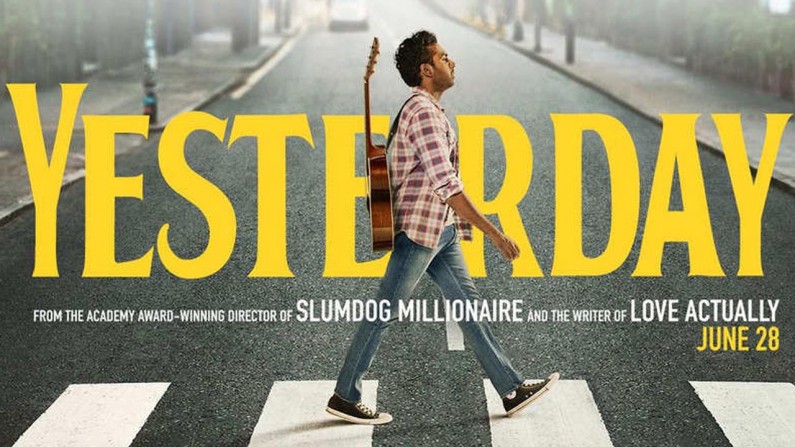 Our Thoughts On YESTERDAY

To be clear, this is not a movie about The Beatles and after seeing it, I would put it in the category of a RomCon.  That being said, I really enjoyed it.  It was funny, cute and had just enough romance.  Jeremy enjoyed it but was bothered by the music, maybe because he is a die hard Beatles fan?

I felt like the cast is what made this movie even better.  Sure, this is not going to be an award winner but it is a great date night movie if you are music lovers.  The cameo of Ed Sheeran was hysterical…especially when he tried convincing Jack to change “Hey Jude!” to “Hey Dude!”.  We had a good laugh about this.

While YESTERDAY is not our favorite movie of the year we are happy we saw it.  In the end, we both felt like it was missing something.  In our opinion, The Beatles not being around would have changed the world of music, YESTERDAY almost makes it seem like if they weren’t around everything would be the same.

Worth A Trip To The Theater?

If you are a music lover or like a good RomCon sure…head to the theater.  Doesn’t sound like your kind of movie…wait for it to be released on DVD.  No matter what, when you see YESTERDAY you will be singing along.

Universal Pictures will release “Yesterday” in theaters on June 28.

Will you be heading to the theater to see YESTERDAY this weekend?