One of the world’s most beloved characters; SpongeBob is now Denver’s newest BFF! The SpongeBob Musical is now showing at Denver Center for the Performing Arts.

Disclosure: Denver Center for the Performing Arts provided us with media tickets in exchange for our honest review, no other compensation has been provided. All opinions are my own.

The SpongeBob Musical Comes To Denver

On Tuesday night we all got dressed up and headed downtown to the beautiful Denver Center for the Performing Arts to be apart of the opening night of The SpongeBob Musical.  When I first told Jude and Teagan about this special experience they were both so excited.  Like most kiddos their age, they love watching SpongeBob on Nickelodeon.   The slapstick silliness of SpongeBob is a favorite of both Jude and Teagan. 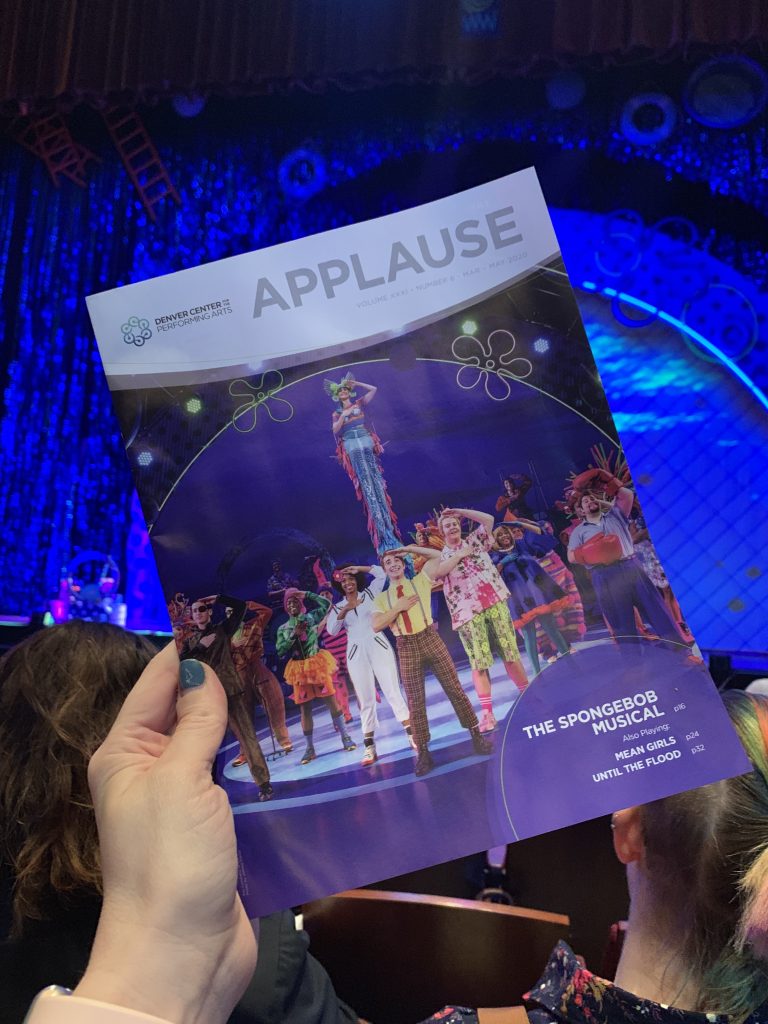 A legendary roster of Grammy® Award winners. A visionary director and a Tony Award®-winning design team. One of the world’s most beloved characters. Turn them loose on stage and what do you get? The bold, original musical The New York Times declares, “BRILLIANT!” “Wonders pour from the stage in a ravishing stream of color and invention” (Time Out New York) as Broadway’s best creative minds reimagine and bring to life the beloved Nickelodeon series with humor, heart and pure theatricality in a neon-sparkly “party for the eyes and ears” (Daily Beast). Be there when SpongeBob and all of Bikini Bottom face catastrophe—until a most unexpected hero rises to take center stage. This “creative explosion” (Broadway.com) is “nothing short of genius” says Theatermania, so bring the entire family to celebrate friendship and cooperation, and learn the power of unity and inclusion. Get ready to enjoy the “Broadway Extravaganza” (The New Yorker) that New York Magazine calls “effervescent candy-for-the-spirit.” Explore the depths of theatrical innovation in Nickelodeon’s The SpongeBob Musical, 2018 Best Musical winner of the Drama Desk and Outer Critics Circle Awards, where the power of optimism really can save the world. 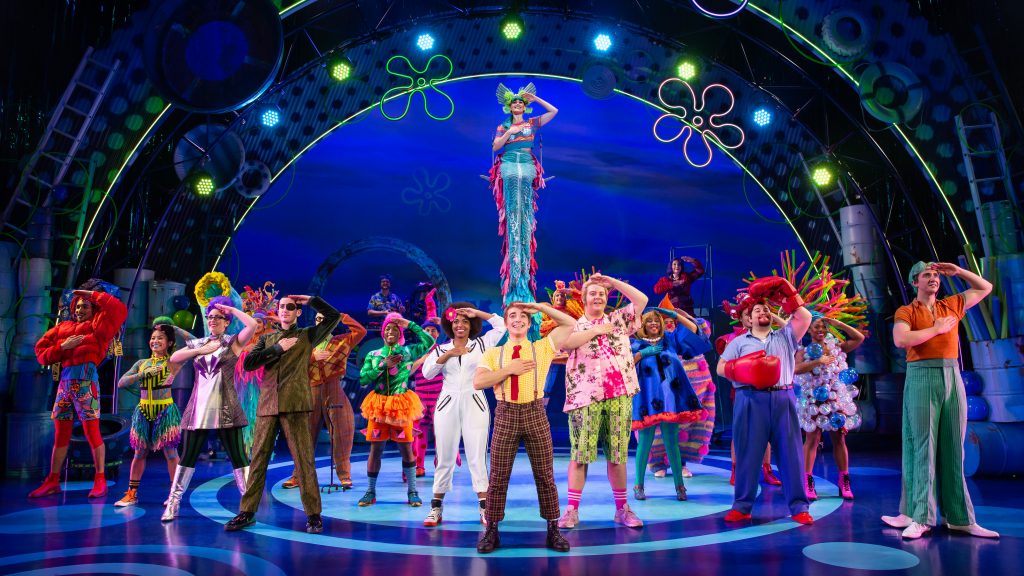 General Information About The SpongeBob Musical 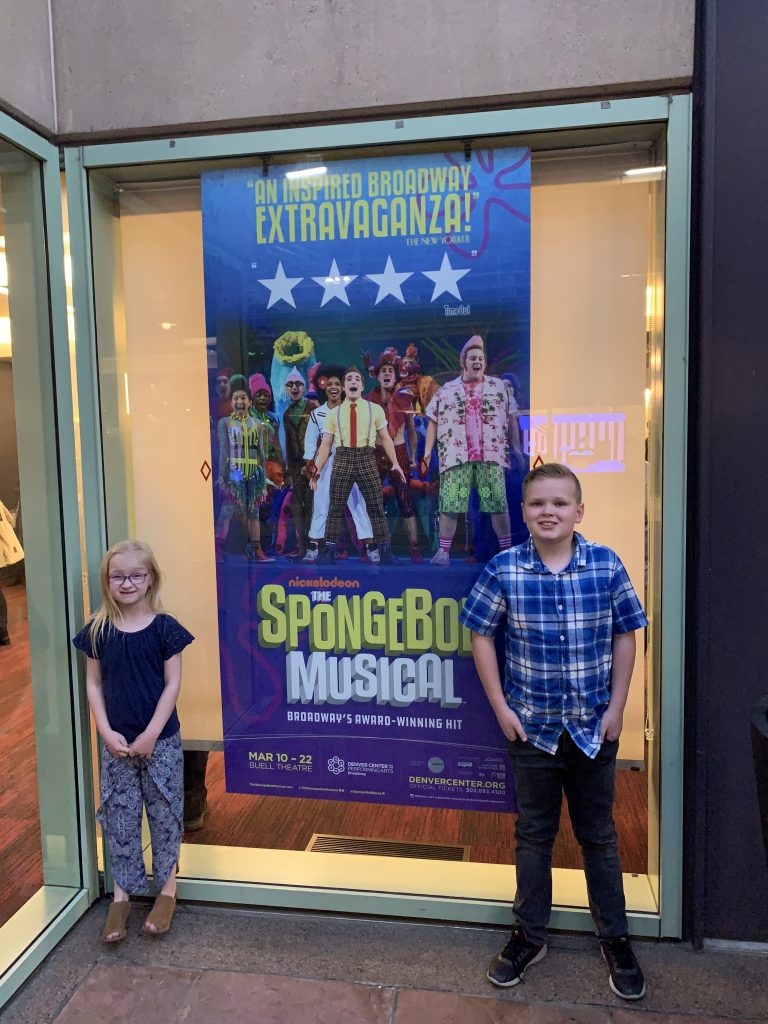 Our Thoughts On The SpongeBob Musical

I have to be honest, when I first got the invite to take the kids to see The SpongeBob Musical I was really wondering how they would pull this show off.  SpongeBob is such a silly and childish cartoon that doesn’t seem to go with Broadway theater but I was wrong.  The SpongeBob Musical was super entertaining, colorful, fun and brought a great message of teamwork and inclusiveness.

Both Jude and Teagan loved the show and I loved hearing them have some great belly laughs through out the performance.  We all agreed that the music and bright costumes and set design was our favorite part.  This is a perfect show to introduce young kid to the theater.  A mix of a favorite cartoon with Broadway! 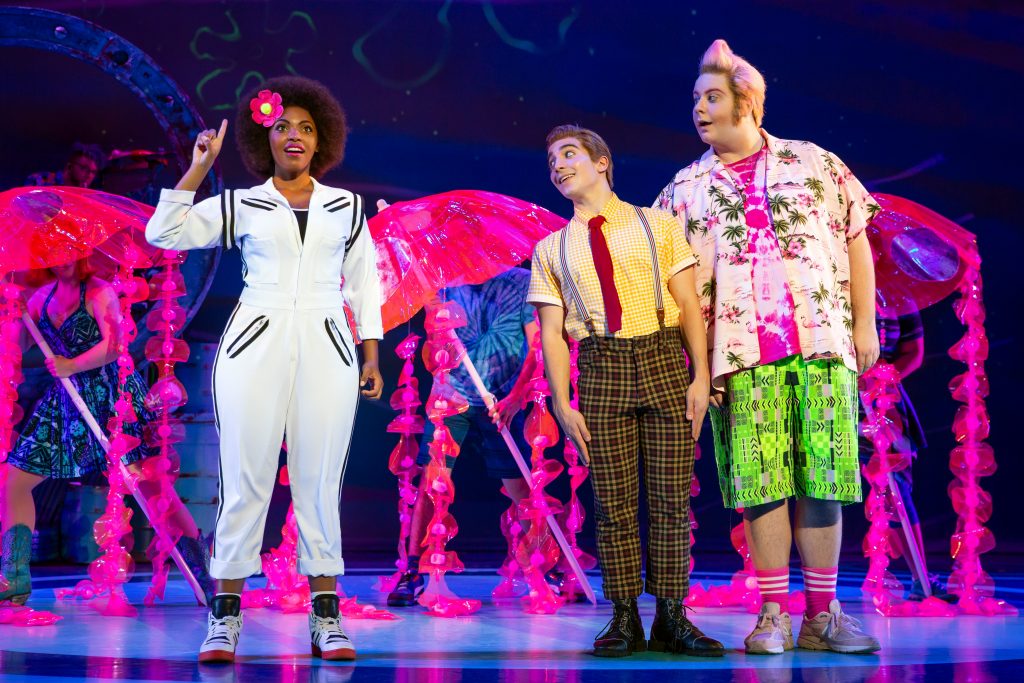 Should You Take The Kids?

YES!!  You should.  As I mentioned earlier, this is a great Broadway production to get your kids into the theater experience.  If your kids are familiar with the SpongeBob cartoon make sure you let them know that the SpongeBob will not look like he does in the cartoon.  While the show is 2 hours and 30 minutes it does go very quickly, it is perfect for all ages…even if you are not a SpongeBob fan.  There is a 15 minute intermission.  Make sure you grab a booster seat for your smaller kids before entering the theater.

Remaining Showtimes of The SpongeBob Musical 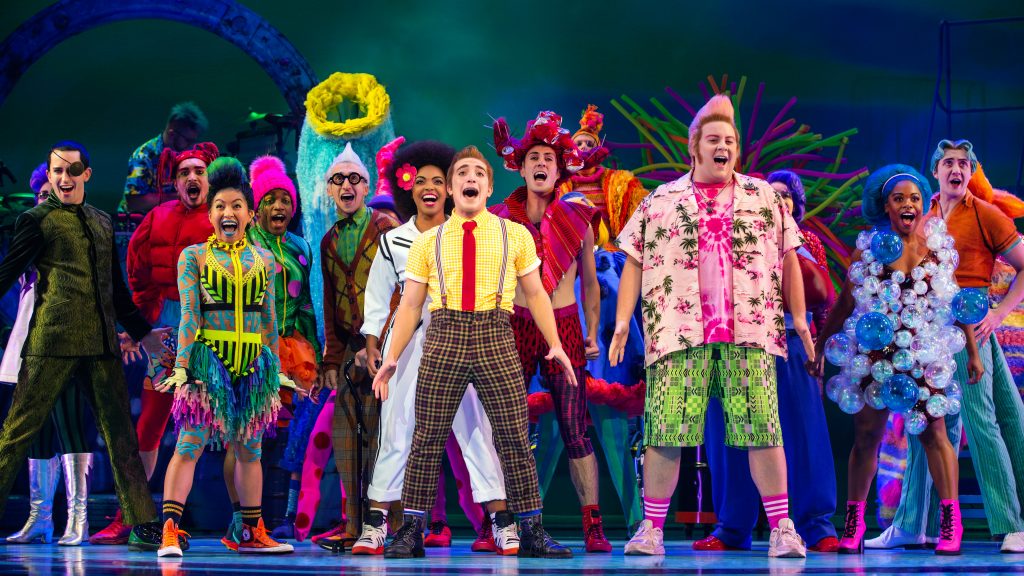 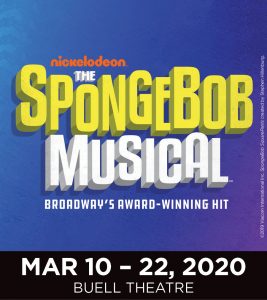 ABOUT DENVER CENTER FOR PERFORMING ARTS:

There are eight theatres within the Denver Performing Arts Complex. Each has a unique personality to match the diverse plays, musicals and shows that happen inside. Explore our stages and find your seat — before the lights go down. They are best known for the touring Broadway shows and Tony-winning theatre. The whole complex is simply amazing, theater and art surrounds you.

The complex has ample parking and some great options for making your trip to the theater perfect. There are restaurants, bars, and coffee cafes in walking distance. We opted for the Limelight Supper Club for dinner before our show.  I always jump at the chance to eat here because their Mac and Cheese is so good!!  Seriously, I dream about that Mac and Cheese.

STAY SOCIAL WITH THE DENVER CENTER FOR THE PERFORMING ARTS:

WHAT BROADWAY SHOW HAS YOUR FAMILY REALLY ENJOYED EXPERIENCING?